From Coco Beach to Matema Beach 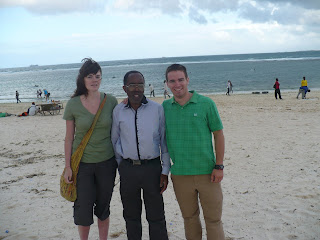 What a month this has been for us three people on the LCCT program. We have visited a number of amazing places in Tanzania, starting with Dar es Salaam. On the left we are seen at Coco Beach, a famous spot in Dar es Salaam. 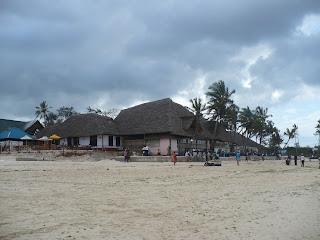 Coco Beach attracts large numbers of people eager to escape the hustle and bustle of Dar es Salaam, even though this is a part of Dar es Salaam. Here, for a few hours, they can relax, play, and enjoy the refreshing ocean breeze. 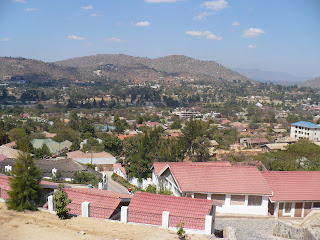 After two days in Dar es Salaam, we headed inland, to Iringa. There we stayed several days, visiting the city and its environs. 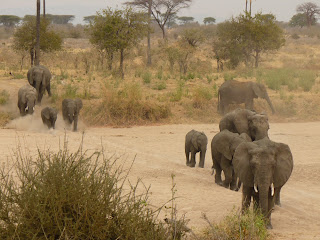 We also spent two memorable days in the Ruaha National Park, witnessing the great abundance of animal and bird species, some endemic to this Park. Elephants, giraffes, kudu, crocodiles, hippos, gazelles and other animals roam everywhere. You spend the night wondering what animals those are that are howling, screeching, or fighting outside your tent. Lions, which are difficult to see in other parks, abound in Ruaha National Park. 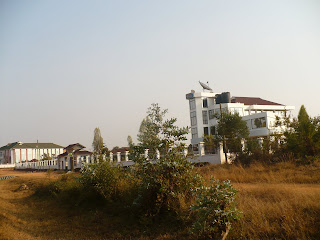 Then we were on our way again. We went to Njombe where we spent a night, in the hotel shown on the left. 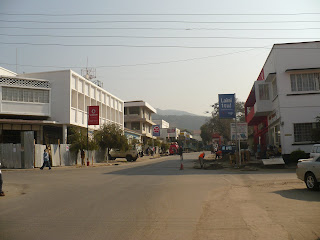 On the following day, we were on our way to Mbeya. We stayed two nights. 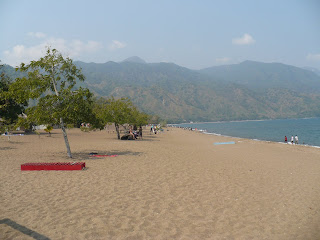 On August 20th, we headed to Matema Beach. This is a place I had written about, eager to visit. 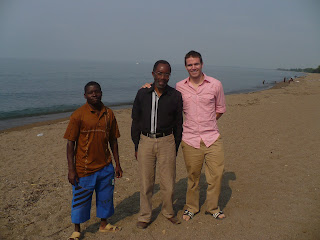 With its sun drenched beach, sparkling lake water and friendly, laid back locals, Matema Beach feels like paradise. It is, surely, one of Tanzania's hidden treasures. 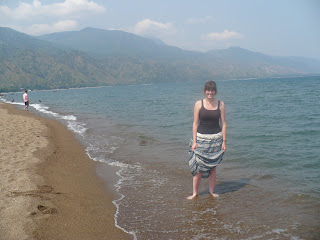 Matema Beach reminded me of Mbamba Bay, further south on this same lake shore. I have written about Mbamba Bay, both in English and in Swahili.
Posted by Mbele at 12:17 PM No comments:

Today is my 60th Birthday

Today I am turning 60. I had a busy day and never really had a chance to think about it. In the morning, I was in Njombe, getting an update on the progress of Njombe University College. Then, in the early afternoon, I embarked on a journey to Mbeya, arriving only about an hour ago, this evening.

I might find a better time to talk about my birthday but a few thoughts crowd my mind right now. It is a priviledge to live up to sixty and I am grateful. I have to ask, however, what I have done with all those years. Hemingway worked very hard as a writer, receiving the Nobel Prize when he was in his mid fifties. That is a good standard by which to judge my achievements or lack thereof.

I want to think of the age of sixty as a kind of turning point. If I haven't accomplished much so far, I doubt if I will make up for the shortfall in my remaining years. Besides, I ask myself how many years I still have in this world. Could it be five, ten, or fifteen? I doubt if I will live another 60 years.

I am grateful for the good things I have learned and done and hopeful that I will have a few more years to make a positive impact on the world from which I have gained so much.
Posted by Mbele at 12:04 PM 6 comments:

A Book Signing at the Iringa Lutheran Centre 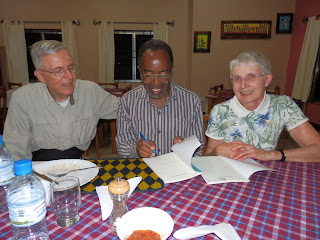 I came to Iringa, last night, with students on the LCCT program. Little did I know that I would be signing my books at the Iringa Lutheran Centre, where we are staying. Yet that is exactly what happened this evening. 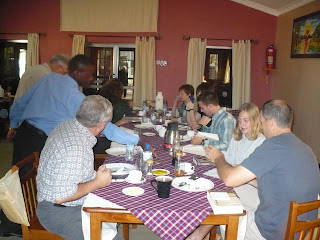 We traveled from Dar es Salaam with a group of people on the Bega kwa Bega program which is based in Minnesota. 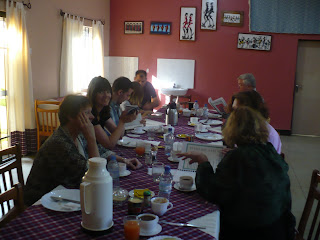 Though I did not know these people, they knew me, so to speak. David and Karen, their trip leaders, had told them to read my book, Africans and Americans: Embracing Cultural Differences, for this trip. This evening, after dinner, David and Karen offered me their copies of the book to sign, as shown above.

A Meeting With the Ruvuma Press Club 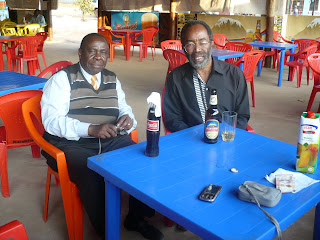 On August 4, 2011, I met members of the Ruvuma Press Club, thanks to the efforts of Mr. Christian Sikapundwa, a leading member of the Club whom I had never met but had communicated with through his blog and mine. Living in far-away America, I have found Mr. Sikapundwa's blog a valuable source of information about Ruvuma, my home region. I learned about the Ruvuma Press Club from this blog. 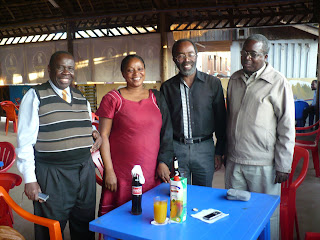 Knowing that I would be in Ruvuma, Mr. Sikapundwa called together members of the Ruvuma Press Club so I could meet them. We had a memorable evening get together at the Serengeti Club. We talked about many things, and I learned much about the realities of doing journalism in challenging circumstances that include inadequate resources and the perils of seeking and speaking the truth. Having listened to Dan Rather a few months ago, at St. Olaf College, I could see how universal the basic experiences of reporters and journalists are. 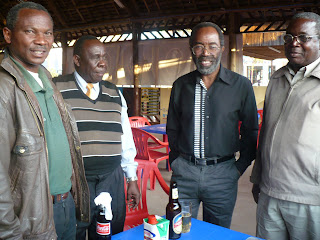 This was a congenial and rewarding get together, which enabled us to know one another and share personal and professional experiences. As I was simply passing through Songea on my way to Dar es Salaam, I did not have time to visit the offices of the Club. We look forward, however, to continued communication. You can read more about our meeting here and here
Posted by Mbele at 6:00 AM 1 comment: