David, Son of Jackie Robinson, at the University of Minnesota 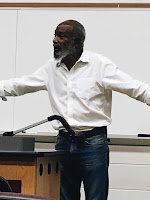 On Thursday, September 22, I went to the University of Minnesota in Minneapolis, to hear David Robinson, a coffee farmer in Tanzania. He is the last of the children of Jackie Robinson, the legendary African-American baseball player and indomitable civil rights activist of the forties and fifties, who passed away in 1972.

Visiting Ethiopia as a teenager, David fell in love with Africa and, in the early eighties, decided to settle in a village called Bara, tucked away in the Mbozi district of southwestern Tanzania. He introduced himself to the curious village elders, telling them that he was an African from somewhere in Africa--even though he didn't know where--and that he had been taken from the continent and was lost for several centuries in slavery in far away America. Now he had decided to come back home, and he wanted land to establish a farm.

The villagers showed him a large area and he set about establishing a coffee farm, creating, together with fellow villagers, a cooperative society called Sweet Unity Farms. David talked about the activities of the cooperative farm, the challenges, and the lessons gained along the way. 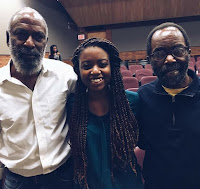 He talked about not only the work on the farms, but also the business side of things--which is rife with challenges. This includes marketing and selling Sweet Unity Farms coffee around the world. Though located in a rural place, Sweet Unity Farms seeks ways to establish itself in a global market dominated by big multinational corporations.

The photo on the left features David, Limi Simbakalia, a Tanzanian student at St. Olaf College,  where I teach, and me.

There is much information online about David Robinson and Sweet Unity Farms, such as this wonderful article. I have been reading about David Robinson for some years and, in the process, a little about Jackie Robinson. After meeting David, however, I have been learning more about his father and gaining a good sense of the stature and significance of this legendary sportsman and civil rights activist.

A Phone Call From Patrick Hemingway 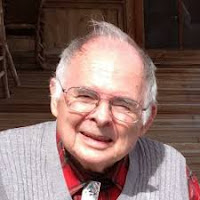 I was resting at home after church today and, at 12:16pm, my phone rang. It was a call from Patrick Hemingway, with whom I speak from time to time. I had called him twice in the last few weeks and left phone messages for him. I was happy to get his call today.

As usual, we talked about many things. He said he has had knee surgery and was recovering well. I was relieved to hear that. Our conversation led right away into Ernest Hemingway. I told Patrick that I am, as I had told him, intent on reading all of Hemingway's works in order to establish for myself a proper framework for understanding Hemingway's African writings. I said that in the last few weeks I have read, in particular, A Moveable Feast and The Sun Also Rises.

Patrick recalled that Hemingway had, early on, read a Francophone African writer, and I joined in with the comment that the writer was Rene Maran, whose novel, Batouala, Hemingway read and reviewed in 1922 when he was living in Paris. We talked about how this novel meant so much to Hemingway in terms of exemplifying proper writing, which should make the reader feel, see, smell, and hear what the writer is describing.

I talked about how, in my writing classes, I invoke Hemingway's ideas about writing, such as his notion of "one true sentence," which can be understood as part of Hemingway's broader concern with authenticity in human endeavours such as hunting, bull-fighting, and writing. I also refer to Hemingway's comment that writing comes easily sometimes and sometimes is as hard as blasting rocks.

When I talked about Hemingway's descriptions, in The Sun Also Rises, of the aesthetics of bull-fighting, Patrick brought up Death in the Afternoon, and I mentioned that I had planned to read this novel next.

We talked about the current political situation in East Africa. Patrick noted the longstanding American economic interests in Africa mentioning, for example, American economic activities in Zanzibar from around the mid-nineteenth century. He said that cloth was one most enduring commodities, and he referred to the persistence of a type of fabric called "Amerikani."

As always, Patrick never tires of talking about Tanzania, having lived there for about twenty five years from the early fifties. Today, while I was answering his question about the regions which produce food for the urban centers, I mentioned Rukwa, among these regions, and he recalled that he used to hunt in a place called Mpunga in the Rukwa region. "Doesn't 'mpunga' mean rice?" he asked me, and I said yes.

Patrick is widely read and is an avid reader still, despite his advanced age. Today, he told me about a book he is reading, by Oscar Hijuelos, which deals, in a fictional way, with the friendship between Henry Morton Stanley and Mark Twain. I listened intently, since I knew nothing about Hijuelos and about Stanley and Twain having been friends.

I told Patrick that I am planning to go again to the Hemingway Collection in Boston in October, and that I deliberately planned the trip this way so I can see the ongoing Hemingway exhibit again before it ends. He remarked that there is a new director there. This should not affect my work, however, and besides, the staff members who helped me last time are still there.

After this conversation, which lasted one hour and five minutes, I went online and looked up information about Hijuelos and his novel. I am delighted to have spent time reading about this author and his novel. I have also learned about Stanley's immigration to America from Wales, his meeting Twain, and their subsequent life-long friendship. I am grateful to Patrick for opening my mind to such things. He always does.
Posted by Mbele at 10:03 PM No comments:

The fall semester started yesterday here at St. Olaf College, and I started teaching today. I will be teaching on Monday, Wednesday, and Friday, and the courses on each day are First Year Writing, African Literature and Muslim Women Writers.

It is pleasant to be on the threshold of another season of academic engagements: reading, exploring and discussing ideas, writing, challenging ourselves, and broadening our intellectual horizons. It is a privilege to be a teacher, entrusted with the mission of inspiring a new generation of critical thinkers and socially responsible citizens of the world.
Posted by Mbele at 3:18 PM No comments: