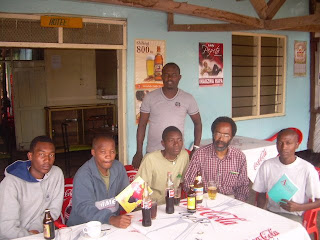 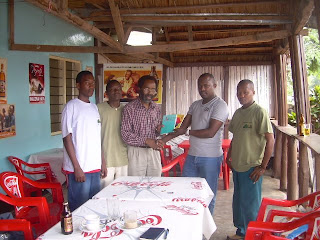 That tourism is the fastest growing industry is well known. It is natural, therefore, that people around the world are taking advantage of the opportunities afforded by tourism.

In recent years, I have come to know a group of young people based at Mto wa Mbu, northern Tanzania, who are working hard to develop cultural tourism. I have visited them, alone and with American students. I make a point of visiting them whenever I happen to be in northern Tanzania.

These young people receive tourists and show them around the town of Mto wa Mbu, explaining its history and its social and cultural realities. Tourists get to know about the various ethnic groups living in that town, about food and other customs, as well as artistic activities, such as painting and Makonde carving. Some of the foreigners stay in the town for a shorter or longer period. Even students come for study or internships.

As a folkorist, I was happy to connect with the Mto wa Mbu Cultural Tourism program and share with them my passion for our cultural heritage. We have been exchanging views and discovering common perspectives. We see, for example, the need to include books in the cultural tourism program.

As a fan of Ernest Hemingway, I was able to share with the Mto wa Mbu group the fact that in his Green Hills of Africa, Hemingway had written about Mto wa Mbu. I gave them a copy of this book, as well as copies of my own books, which relate directly to the promotion of cultural tourism.

I admire the Mto wa Mbu group for their self-confidence and social commitment. They know that, using their knowledge and abilities, they can move ahead and make a positive difference in their own lives and in the lives of their community. It is an honour and a pleasure to be associated with such a group. 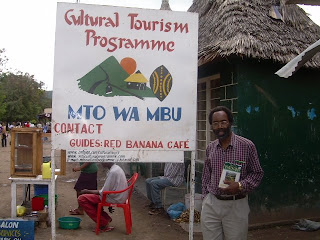