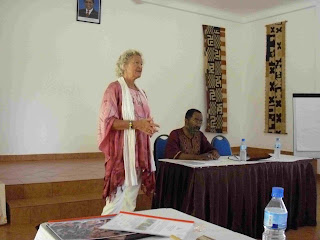 On August 29, 2009, I was in Tanga, an idyllic historic city in Tanzania, on the shores of the Indian Ocean. I conducted a workshop on "Culture, Globalization and Development" at the Meeting Point Tanga, nestled on the outskirts of the city, fringed by coconut, cashewnut and mango trees as well as sleepy hamlets. Nearby, the Ocean lies peaceful. Ruth Nesje is the director of the Meeting Point. She and I had corresponded by email for many months, without ever having met, but we were able to plan the workshop. In the picture above, she is seen introducing me to the workshop participants. 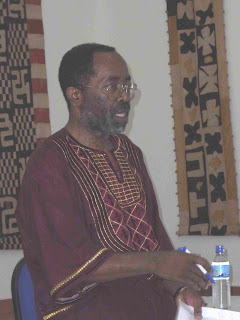 In this peaceful location, from 10 am to 5 pm, I engaged an audience of over a dozen in contemplating the vexed issue of globalization, with an emphasis on its cultural dimensions. I had highlighted the key problems in the workshop description, Culture, Globalization and Development.

I started by outlining theoretical and general issues such as definitions of "culture," "globalization" and "development" and described challenges facing institutions, companies, communities, and individuals in the present world which is increasingly becoming a global village. I shared examples from different parts of the world. 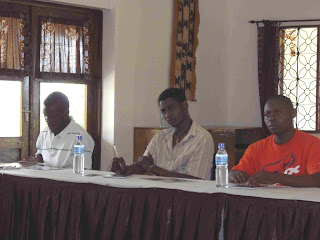 Then, to illuminate the argument, I dwelt on the challenges that Americans and Africans face when they interact, basing my presentation on my book, Africans and Americans: Embracing Cultural Differences. The workshop participants found the examples striking and, in a way, a wake-up call. Copies of the book were available.

To provoke discussion of the idea of development, I shared with the participants a little article of mine, What is Development? This led to a spirited discussion.

There was much sharing of ideas and perspectives throughout the day, both in the conference room and during breaks. Everyone was inspired and wanted such workshops to be held in the future. That was also my original intention, to do in my own country what I have been doing in the USA for years. 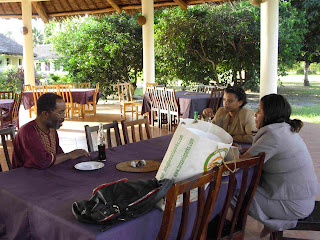 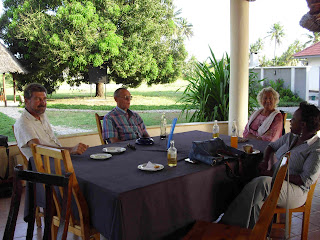 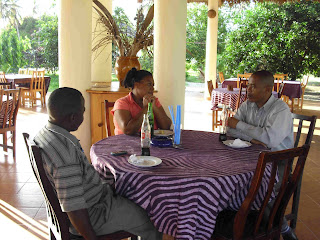 I adore this blog. It is simple, straightforward, enlightening.
I need to chat with you soon regarding your Tanga workshop and other visits recently.
So, speak soon or as they say in the Caribbean "soon come..."

Thanks, Freddy. You and Jeff Msangi inspired and urged me to start blogging, and I greatly appreciate your efforts. Yes we will be in touch.