Afrifest Went Well, Including a Visit by Senator Al Franken 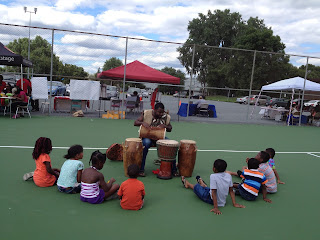 It was a sunny day today in Minnesota and Afrifest 2013 took place, as planned, at the Northview Junior High School in Brooklyn Park.

As promised, there were children's games. There was not an idle moment for them. In addition to the games, the children  got to learn a little bit of African drumming. I stopped by several times to take pictures, and on one of those occasions, I was able to hear the master drummer telling the children the place of the drum in traditional African culture. I heard him talk about how Africans used the drum to communicate messages. 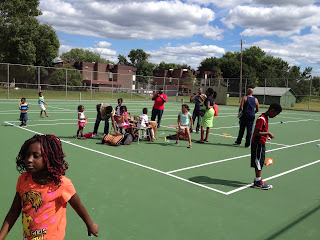 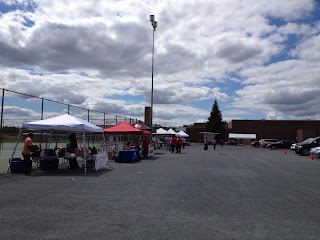 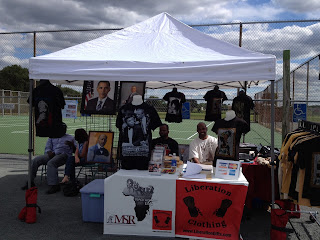 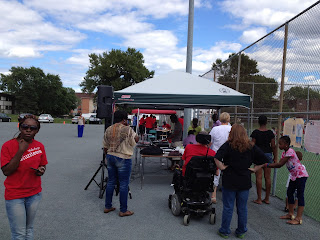 The "gates" were open at noon, and people came and went throughout the rest of the day.


There were a number of vendors, such as Liberation Clothing and Gifts & which was also present at last year's Afrifest.

Wells Fargo, a major sponsor of Afrifest, was there, just as in the past. Many festival volunteers came from Wells Fargo. They were very visible in their red t-shirts. 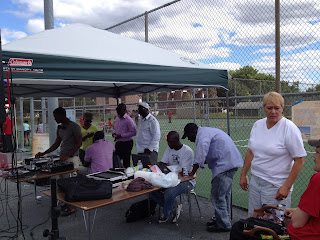 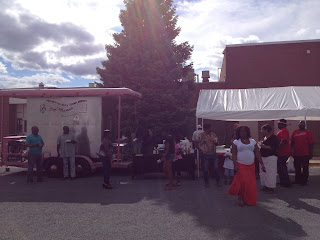 The festival proceeded against the backdrop of music from different parts of Africa. The DJs did a remarkable job, playing a wide variety of African music.

Here is the food stand. Their food, including rice and chicken, was terrific. 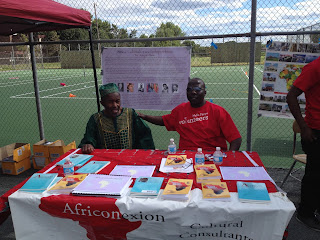 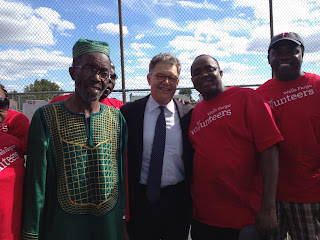 As an educator, I share knowledge about the African experience. In addition to my books, I hung posters on the fence behind me. These posters--text and pictures--deal with Africa, Africans, and African diaspora across the ages. They describe and discuss Africa as the origin of human beings, the evolution of African kingdoms, slavery and the slave trade, with particular emphasis on the global nature of slavery and the slave trade, not just the trans-Atlantic dimension. There are posters on colonialism, the struggle against it, panAfricanism, contemporary challenges and future prospects.

A few minutes after 4:30, Senator Al Franken (Democrat, Minnesota) showed up. There was much excitement as people crowded around him to greet him and talk with him. What a generous and gentle man. He genuinely appears to enjoy meeting people. Everyone who wanted to take pictures with him did so. It was a truly memorable day.