Skyping With a Mythologies Class 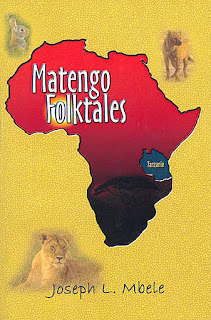 Yesterday morning, I held a Skype session with a Montana State University Mythologies class. Their instructor, Kristofer Olsen, had told me that the class would be reading my book, Matengo Folktales, and had wondered if I might be willing to talk with the class via Skype. I gladly accepted the request and asked my daughter Zawadi to show me, again, how to Skype.

The class started, as planned, at 10:30, and we covered much ground. As soon as the class got underway, I was asked to tell a tale, a short one. Noting that I always tell the tales instead of reading them, I told the tale of "Hawk and Crow."

I wanted the class to experience a live performance, even though I was telling the tale in English, as opposed to the original Matengo, my mother tongue. Above all, I wanted them to hear the song which features in the tale and is repeated a number of times.

The class knew that the songs in Matengo Folktales are available in Let Your Voice Be Heard, a CD by a group called Cantus, which was based at St. Olaf College. I briefly talked about how I had sung the songs for fellow St. Olaf College Professor Peter Hamlin, which he then arranged for Cantus.

I enjoyed the experience of Skyping, interacting with a class located more than 900 miles away, in Bozeman, Montana. Particularly memorable were the questions they asked me, about the process of recording and translating the tales, the nature of language and cultural groups, the prevalence of killings in the tales. Regarding what my favourite tale was, I stated that I saw each tale as special in its own way.

The subject of trickster came up, with a focus on Ananse. I broadened the scope by noting the variety of trickster figures, including those who appear in the form of animals, such as Ananse (Spider), Gizo (Spider), Ijapa (Tortoise), and Hare, as well as those who appear unambiguously as humans, such as  Nasreddin Hodja, and Abu Nuwas. I also mentioned Carl Jung as a valuable source of insights into the origins, meaning and function of the trickster figure.

As an advocate of cross-cultural learning and interactions, I salute any initiatives that advance that goal, such as the Cantus project I have mentioned and the Mythologies course I participated in.
Posted by Mbele at 11:23 PM