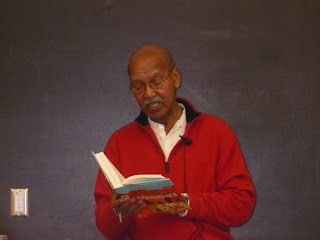 I have heard Farah several times, over the years, here in the USA. It is always a priviledge to meet such a distinguished writer. 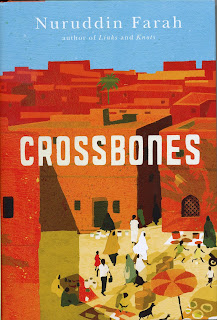 Farah started by giving the context of Crossbones--the eve of the Ethiopian invasion of Somalia several years ago and its aftermath. From his reading it was clear that Crossbones brings home the sad realities and challenges that have been part of the experience of Somalia for years.

After his reading, Farah answered many questions from the audience. It was touching to hear him talk about the research he does in preparation for writing a work such as Crossbones. He paid tribute to the many people who help him.

One of the points he made is that he does not see himself as the spokesman or the voice of the Somali experience, even though many people see him as such. He insisted that nobody elected him spokesman of the Somalis. He also joked about his habit of writing trilogies, saying he is long-winded. 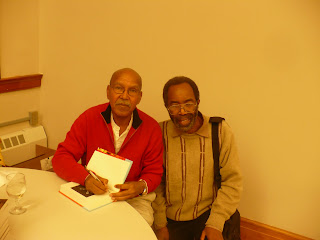 After his talk, Nuruddin Farah signed copies of his books. Most of his works were available. I made sure to obtain a copy of Crossbones, since I have the other books. On the left, you can see him signing my copy. 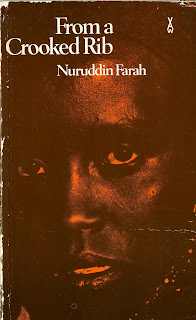 I have taught other works by Farah here at St. Olaf College, and I look forward to reading Crossbones.
Posted by Mbele at 5:34 PM