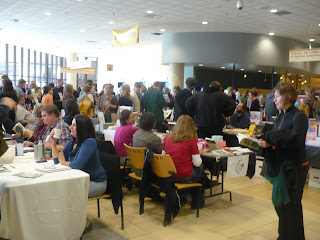 Today, I went to the Twin Cities Book Festival in Minneapolis. This is an annual Festival, organized by the Rain Taxi
magazine. 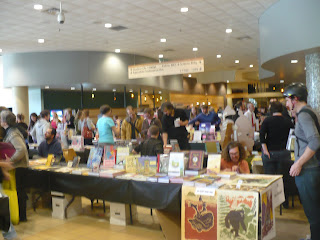 Although I have participated in this festival as a book exhibitor for a number of years, this year I inadvertently forgot to make arrangements in time. I was in Tanzania for much of the summer, and when I returned to Minnesota, I realized that all the exhibition tables were taken. Next year I will be more alert, I hope. 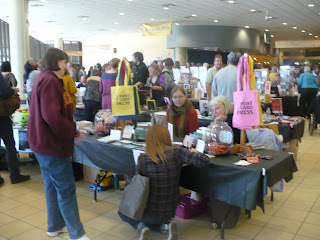 Still, I drove the 45 miles to Minneapolis to see the Festival, a major event I never want to miss. 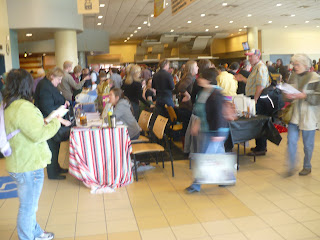 Despite the bad state of the American economy, despite all the suffering and uncertainty this is causing in people's lives, it is amazing that the Book Festival never fails to attract large numbers of people. 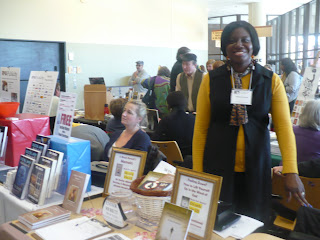 As always, I met people I know, such as Shatona Kilgore-Groves, seen on the left. She is a writer and educator in the African American community. This year, I published a review of her first book. At her table, I also saw her latest book, Feeling Down: How to Pick Yourself up in the Word of God. 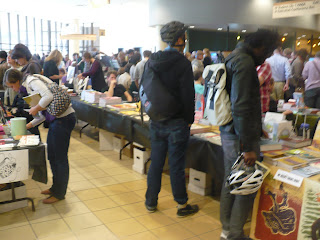 I watched as people milled about, cheking out books and talking with authors, publishers, editors and other people in the book industry. 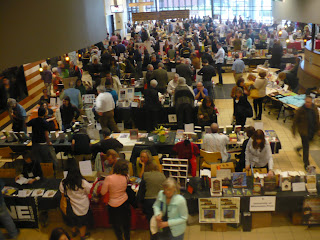 The whole day, from early in the morning, people come and go. I have no doubt that thousands of people attended today's Festival. 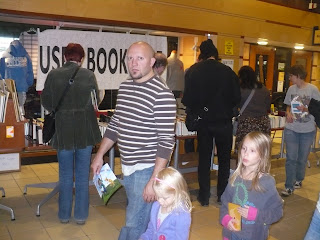 Most touching, for me, is to see parents who bring their children to these events. What a great way to bring up children. I believe all children like books. I have noted this in my own county as well and written about it. 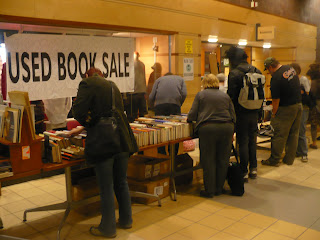 I spent much time in the used books section on the left. There was a great variety of books here, at low prices.
Posted by Mbele at 4:01 PM