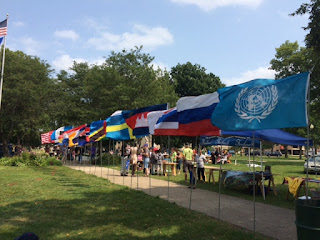 Yesterday I was in Faribault, Minnesota, participating in the Faribault International Festival. I arrived at Central Park, the venue, at 10:10am. Most of the vendors had set up their tables and booths and people had started arriving.

The place was a hub of activity, with music blaring and children running around joyfully. In the middle of the Festival grounds, flags of different countries fluttered in the wind. 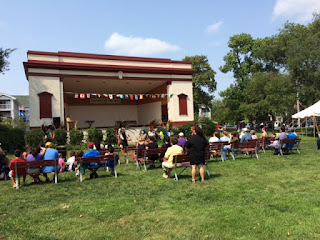 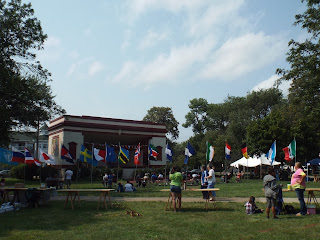 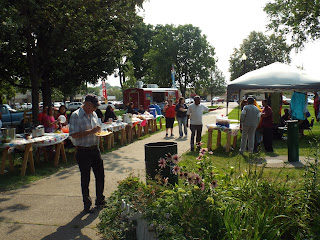 From time to time, performers came on the main stage, singing and playing music from different traditions. Aztec dancers showed up as well, as they have done in previous years.

There was a flag ceremony, one of the highlights of the Festival, starting a few minutes after 1 o'clock. Representatives of different countries carried the flags and processed in single file to the main stage. There they took turns to talk about their flags and the countries they came from. Some sang the national anthems of those countries.

There was a young woman who carried the flag of the United Nations. She spoke briefly about the United Nations and its mission in the world. It was a special moment, reminding us all that though we have our separate countries, we should not forget that we are one world.

It was interesting to witness the diversity of countries represented, from Cambodia to Honduras, from Germany to Somalia. South Sudan, the newest state, was represented.

I was happy to bear the Tanzanian flag, and say a word about my country. I also sang our national anthem, knowing that that might have been the first time that the Tanzanian national anthem has been sung publicly in Faribault. I was also surprised at how well I sang it. 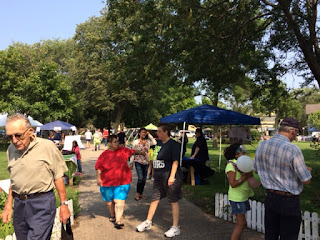 The flag ceremony was a valuable learning experience. I appreciated hearing an Asian- looking young man proclaim that he was Cambodian and was carrying the flag of that country. It was equally notable to hear a young woman proclaim that she was from Honduras and the flag she was carrying was that of Honduras.

She said, rightly so, that she was not Mexican. She named the countries of Central America, emphasizing that she was from Honduras, one of those countries. It was a powerful reminder that not everyone who looks Mexican and speaks Spanish is Mexican. 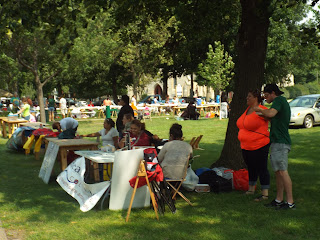 The booths and tables were not just places  to see and buy things. They were also educational resources. The vendors were sources of knowledge about what they were selling, the countries they came from, and their cultures. 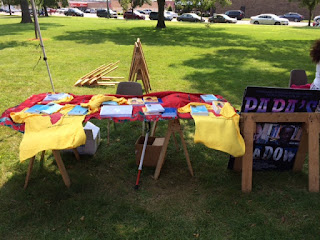 Imagine moving from on booth to the next, from one table to the next, asking about the foods, the drinks, the art objects, the clothing, the jewelry and ornaments, and being able to learn about them. 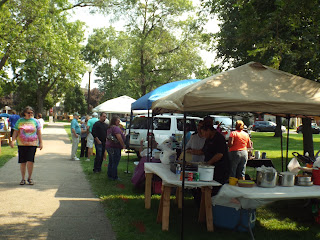 Thinking about this, I recall the many times I answered questions about my books and my work as an educator, author, and cultural consultant.

In my studies of Ernest Hemingway, I have realized that he exemplified the ideal of learning about and appreciating the world's cultures. 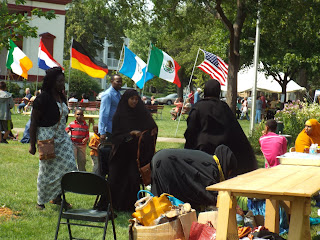 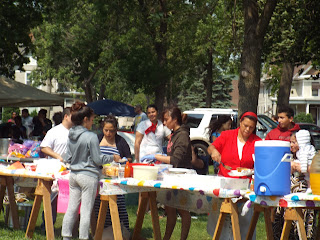 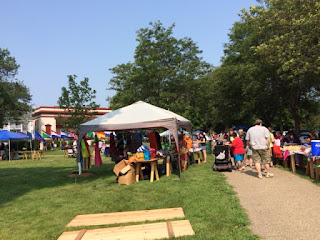 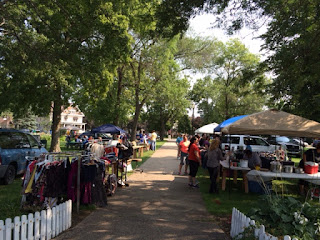 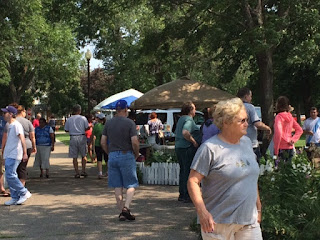 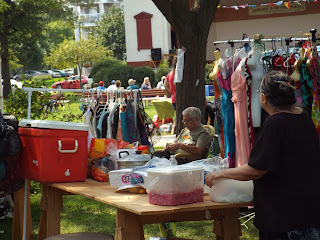 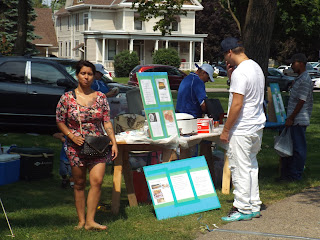 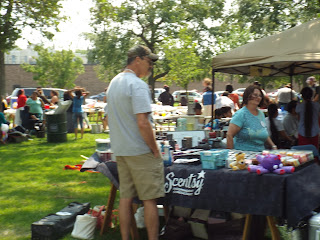 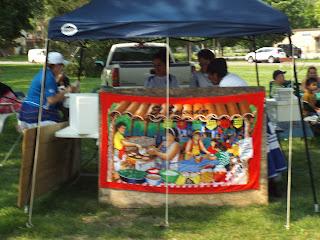 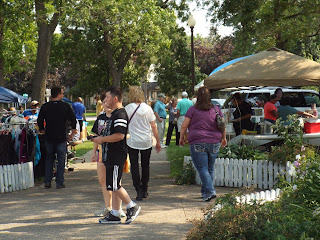 I met people I had met before in the International Faribault Festival and on other occasions. I also met new people, including two who teach English as a second language, with whom we talked about cultural issues, such as the ones I deal with in my book, Africans and Americans: Embracing Cultural Differences.

Despite appearances to the contrary, the Faribault International Festival is not a small-town event, and I have said as much in a previous blog post.

I was thinking about this yesterday, as I was tweeting and sending out Facebook messages and photos during the Festival. I knew I was involving people from around the world in what was going on, as did others who also sent out messages and images.
Posted by Mbele at 7:38 PM