A Tribute to African American Achievement 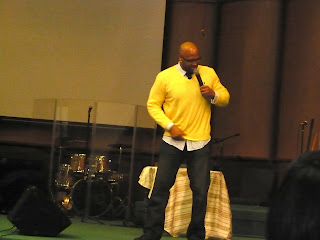 This evening I was in Minneapolis, attending a tribute to African American Achievement. The event, part of Black History Month, was held at the Greater Friendship Baptist Church.

With jokes and wisecracks and boundless energy, the master of ceremonies, seen on the left, kept the audience in high spirits throughout the evening. 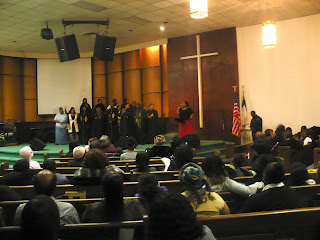 Advertized under the title "Why God Made me Black" this was a rich offering of comedy, poetry, spirituals, gospel music, history and a fashion show. 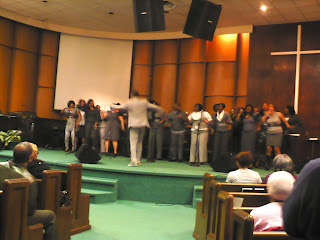 There were many performers, such as this group of Gospel singers, who put up a spirited performance. 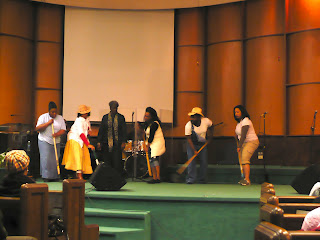 This group took us to the days of slavery. Here they are playing the part of slaves working in the field, singing spirituals. 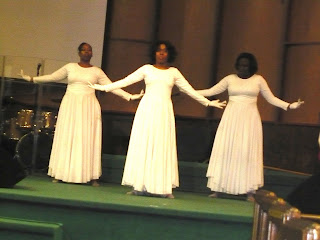 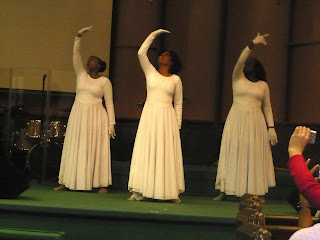 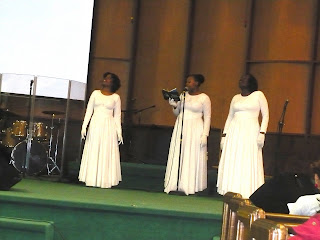 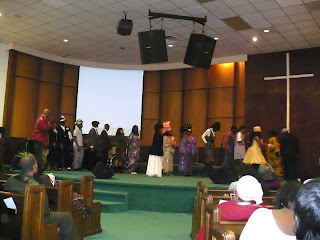 There was a fashion show, put up by the group seen on the left, departing the stage after making their final bow to the audience. With the help of a commentator, the fashion show highlighted the history of African Americans fashion over the decades. The show included several West African costumes. 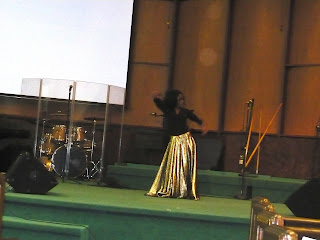 This young girl gave a solo performance of dance movements. 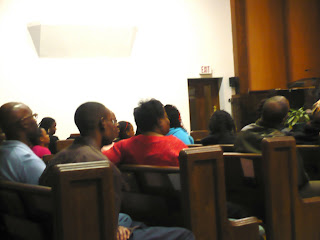 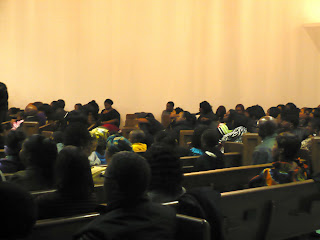 One of the most touching moments for me was when one of the facilitators of the event talked about the Second Chance Foundation, which seeks to give people a second chance at education and self improvement. He asked for donations, as collectors of the donations positioned themselves in front of the auditorium. It was touching to see the outpouring of generosity as people streamed forward to give their donations. I joined them.

This was an evening of entertainment and education. At one point, the facilitator asked the audience questions about African American history. For example, he asked when the first African slaves arrived in the USA. Another question was what was the first state to free slaves. There were questions also about famous inventors and artists. To this audience, the questions were rather challenging, a reminder that belonging to a certain group is one thing, but knowing the history and experience of that group requires effort.
Posted by Mbele at 8:34 PM