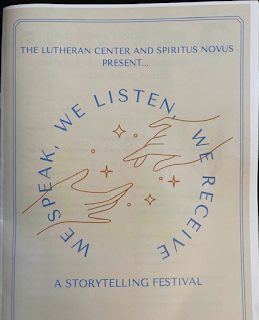 On November 18, I participated in a storytelling festival here at St. Olaf College. In the few minutes allocated to every presenter, I shared with the audience a little bit of the African heritage, starting with the idea that Africa is the cradle of the human race and all that goes with it, including language and storytelling. I focused on proverbs as a principal vehicle and repository of reflections on life, values, and the human condition.
Posted by Mbele at 2:24 AM 1 comment:

Tales of African Women in Europe 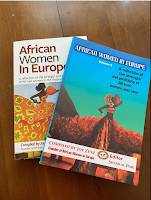 I am writing this post while waiting for two books by African women in Europe. I wish to say how I learned about these books.

From May 31 to June 4 this year, I participated in the Trade With Africa Business Summitt organized and hosted by Toyin Umesiri. Toyin had asked me totalk about my book, Africans and Americans: Embracing Cultural Differences. I did so, focusing on the cultural issues pertaining to trade and any other engagement between Africans and Americans.

During that Summit, I got to know Joy Wanjiru Zenz, a Kenyan based in Germany, who founded and directs an organization called African Women in Europe. She was one of the invited speakers, and we heard each other's presentations.

A few days after the Summit, Joy and I communicated and she told me that her organization had published two books: reflections by members on their experiences. This information interested me much as someone who writes about the African experience in the USA and would like to understand the African experience in Europe. I told Joy that I wanted those books and I am happy that they are on the way.
Posted by Mbele at 10:40 PM No comments: 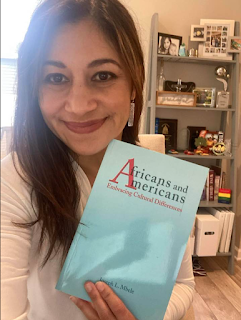 On October 6, I gave a talk to the Rotary Club of Brooklyn Park, Minnesota, titled, "Cultural Differences in the Global Village." Here is Tanya, one of the people who attended.

After my talk, during question time, Tanya said she works in the education sector, and felt that my talk provided a perspective that would be valuable in dealing with issues facing schools.

We agreed to explore these challenges together. In view of this, I sent her a copy of my book, Africans and Americans: Embracing Cultural Differences.
Posted by Mbele at 8:55 AM No comments:

My Talk to the Rotary Club of Brooklyn Park, Minnesota 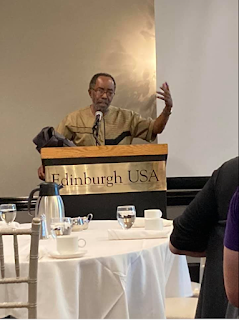 On October 6, I went to Brooklyn Park, Minnesota, following an invitation from the Rotary Club there. I was to attend the Club meeting and talk about "Cultural Differences in the Global Village."

“We had the honor to hear from Professor Joseph Mbele at our Wednesday meeting. His incredible wisdom, insight, knowledge, passion, and heart to connect people across all cultures was so inspiring. We can create united and connected communities if we change our approach and adopt the strategies and mindset that Professor Mbele shared. Thank you Professor for joining us!”

A Talk on Culture and Business Between Africa and Latin America 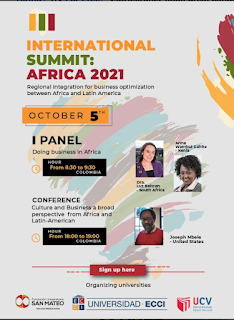 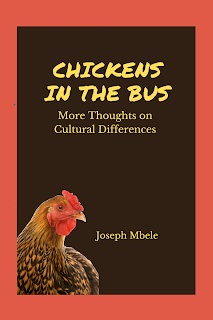 I was therefore generally ready to speak at the Summit on business between Africa and Latin America. I knew the issues I wanted to raise. However, I was not as conversant with Latin American culture as I am with African and United States culture.

I did some research on Latin American culture and was excited to discover significant similarities between it and African Culture. In my talk, therefore, stated that I felt Latin Americans and Africans would find it quite easy to do business with each other.

I did point out, however, that language differences are there and it is important for the Africans and Latin Americans to learn how to navigate them in order, for example, to properly market products.

However, I emphasized, because of the cultural similarities, the language issue would not be a major obstacle. If we can think of culture as a language, we can say that Africans and Latin Americans essentially speak the same language.
Posted by Mbele at 5:22 AM No comments:

An Essential Guide for Intercultural Dialogue 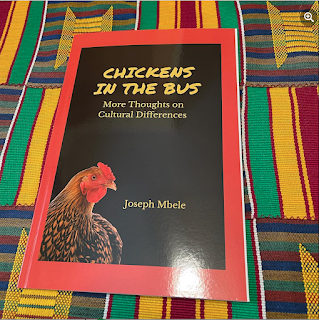 I saw this lovely picture on the facebook page of Dr. Artika Tyner a law professor at the University of St. Thomas. Alongside it she had laced the following message:

New book alert: This book is an essential guide for intercultural dialogue. Thank you Dr. [Mbele] for sharing wisdom and knowledge.

Dr. Tyner uses her vast academic and professional expertise to advance social justice. She is one of the African Americans who work towards connecting people of African descent, through programs such as taking people on study trips to Ghana.

Several years ago, Dr. Tyner discovered my book, Africans and Americans: Embracing Cultural Differences, and adopted it as a resource for the Ghana program. I am honoured that she has joined other professors who have been using this book for their Africa study abroad programs.
Posted by Mbele at 11:26 PM No comments:

"Chickens in the Bus" for a Special Reader 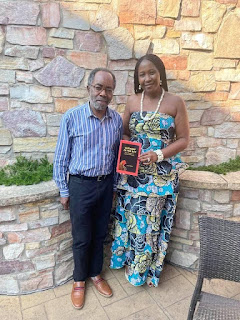 I was delighted to present, on September 18, a signed copy of my new book,  Chickens in the Bus: More Thoughts on Cultural Differences, to this African lady.

Based in Minnesota, she has been, over the years, one of my most loyal readers. I made sure she was one of the first people to get a copy of my new book.
Posted by Mbele at 12:33 AM No comments: