A Sequel to My "Africans and Americans" Book

I am working on a sequel to my book, Africans and Americans: Embracing Cultural Differences. This is partly in response to inquiries and request from my readers and partly because I have known for a long time that I needed to keep writing, given the breadth and complexity of the topic of the first book, not to mention its dynamism.

On the tenth year anniversary of the book, I publicly declared that I was working on a sequel. I have to fulfill the promise, mindful of the Swahili proverb, "Ahadi ni deni," A promise is a debt. This second book will contain a number of short essays I have published as well as revisions of talks I have given to various audiences. I hope to finish and publish it before the end of the year. I already have the title for it, but I want to keep it as a surprise.

I thank my readers very much for their responses to my Africans and Americans: Embracing Cultural Differences as I did in the following video commemorating the book's tenth year anniversry.

Papa's Shadow: A Documentary on Hemingway in East Africa

Though not yet released, the documenatry film, Papa's Shadow, by Jimmy Gildea and the Ramble Pictures crew, continues to generate excitement and anticipation. The latest evidence of this is a preview in Indiewire.

The documentary stems from my course, Hemingway in East Africa, and features a conversation between Patrick Hemingway, Ernest Hemingway's only remaining child, and me, centered on Hemingway's lifelong fascination with Africa, manifested through his life, travels, writings, and ideas.

Though completed, Papa's Shadow will only be released after the completion of a fundraising drive which is underway, with only about three weeks left.  My daughter Zawadi, who volunteers with Ramble Pictures, sent out the following appeal:


My name is Zawadi Mbele, and I am contacting you today to let you know about an amazing project. Ramble Pictures, a Minneapolis-based, independent film company, recently launched a 30-day "Kickstarter" campaign in order to raise funds for the distribution of our completed documentary, Papa's Shadow.

Papa's Shadow is a personal film about Ernest Hemingway in East Africa. It explores his hunting expeditions and holds key dialogues on subjects such as race, language, and the cultures that distinguish us as citizens of the world. Featuring exclusive testimony by Ernest's only living son, Patrick Hemingway, as well as Tanzanian author and Hemingway scholar, Dr. Joseph Mbele, this documentary explores the integral role of two safaris in their shaping of an author and demise of a legend.

Kickstarter webpage
to learn more about how you can play an important role in bringing this documentary to distribution. Also, with Kickstarter, we are offering exclusive rewards with every donation, such as the new Hemingway Library Edition of "Greens Hills of Africa," signed by Patrick Hemingway.

If there is someone else from your organization you would recommend contacting, we would be grateful to have our information passed along. If you can, please take the time to explore our webpage and let me know if you have any questions at all. You can email me directly or email Elizabeth Turner at elizabeth@ramblepictures.com.

Thank you for your time, and we look forward to hearing back from you!

We have just begun the fall semester, here at St. Olaf College. I am teaching two courses: First Year Writing and South Asian Literature. I just want to say a word about the Literature course.

Having included various South Asian writers regularly in my Post-colonial Literature course, I moved into teaching South Asian Literature rather easily. Year after year, I have developed a broader and deeper understanding of the literature and cultures of this region. Therefore, I have been eager to teach new texts, confident that I can situate them in the context of the tradition they spring from and participate in.

This semester, I have chosen to use texts I have neither read nor taught before. These are The Artist of Disappearance, by Anita Desai; Noontide Toll, by Romesh Gunesekera; The Interpreter of Maladies, by Jhumpa Lahiri; Jasmine, by Bharati Mukherjee; The English Patient by Michael Ondaatje; and Water, by Bapsi Sidhwa.

Unlike in the past, I have decided to focus on contemporary writers. I will, of course, be making references to the long tradition going back to the Mahabharata and the Ramayana and other Sanscritic texts, incorporating well known literary giants like Rabindranath Tagore, Mulk Raj Anand, Raja Rao, R.K. Narayan, and more recent ones like Anita Desai and Salman Rushdie.

As always, since the field of South Asian Literature is so vast and ever-changing--like any other regional literary tradition--I am going to be asking myself why I have chosen particular authors and not others, why particular texts and not others. Nevertheless, I look forward to a memorable learning experience, for my students and me.
Posted by Mbele at 11:32 PM No comments: 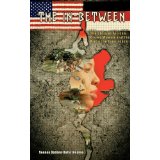 A few days ago, I wrote about a book event in Minneapolis featuring Seena Godana-Dulla Jimjimo and her book The In-Between: The Story of African-Oromo Women and the American Experience. Today I finished reading the book and wish to comment on it.

The In-Between is a thoughtful meditation on the predicament of the oppressed and marginalized, starting with the Oromos of East Africa and incorporating women in Oromo and African society at home in Africa as well as abroad, specifically America, which the author knows first hand. In the process, The In-Between deals with other social evils, such as discrimination, prejudice, and violence.

The In-Between is also a manifesto, which outlines the author's vision of what needs to be done to solve the problems she details. She calls for educating women about their rights, solidarity between men and women in pursuit of equal rights, the abandonment of negative cultural and religious beliefs and practices which perpetuate the oppression of women.

Among the most memorable aspects of the book are accounts of the suffering the author and her family experienced in their homeland, Oromia, whose existence is overshadowed in the mind of the world by the name Ethiopia. The In-Between presents an illuminating account of the complex dynamics of Oromo organizations which have been attempting to unify and mobilize Oromos in Oromia and abroad. It shows that the Oromos are not homogeneous; they have differences which some individuals, as well as their oppressors, exploit for their own interests.

This book helps outsiders to understand aspects of the country we know as Ethiopia which are not generally known, especially the conflicts among Ethiopia's ethnic groups and the domination of the Oromos by the Abbyssinian regime.

The author was born and raised in Oromia and experienced, together with her family, relatives, and people she knew, the suffering she is writing about . She came to the USA as a teenager and soon involved herself in student organizations and Oromo diaspora politics. The idea of "the in-between" refers to people like her, who find themselves caught between two worlds.

The In-Between holds much promise. It charts the  trajectory the author has set her sights on as a passionate and thoughtful activist in the cause of the oppressed and marginalized--women, children and others--from Oromia to the U.S.A. and around the world. I learned much from this book, especially its insightful and sensitive depiction of the condition of women.