My "Africans and Americans" Book in Hard Cover 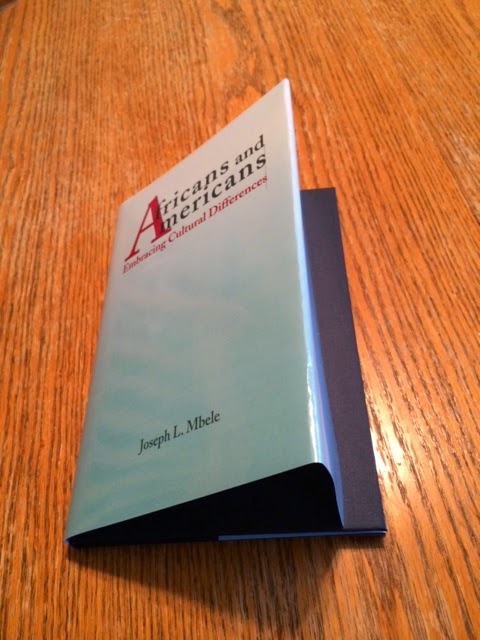 On December 26, I received the first ever hard cover copy of my Africans and Americans: Embracing Cultural Differences. The week before, I had gone back to the lulu website and created the hard cover edition of the book which is now available from my online bookstore. 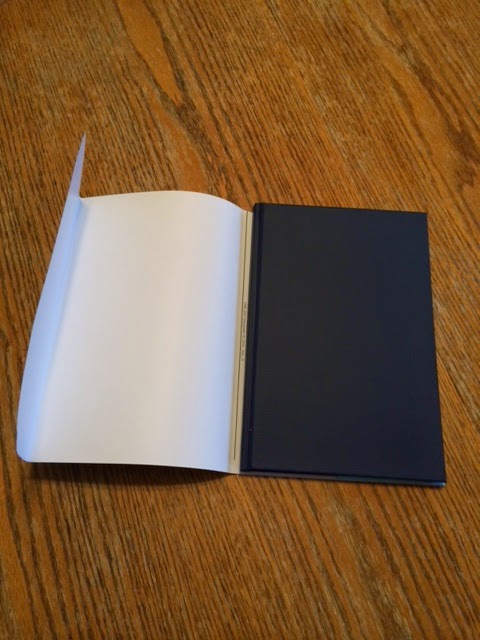 From time to time, over the years, I have thought about books in hard cover. My assumption has always been that such is the book format preferred by libraries. I was, nevertheless, aware that some people buy hard cover editions of books, even if paperback editions are available, which are cheaper.


I myself have many hard cover books. I cherish them on account of their durability, but also because I feel they have an aura of specialness. I cannot explain this, it being just my subjective feeling. I guess every person has a reason for buying hard cover books. Sometimes, of course, we have no other option.

I am happy to have the hard cover edition of my book, happy that it is available to the world, alongside the kindle edition, which I mentioned in an earlier blog post.
Posted by Mbele at 6:00 PM No comments:

Two days ago, following a process of trial and error, I managed to upload my Africans and Americans: Embracing Cultural Differences to Kindle. Yesterday, after some correspondence regarding ownership of the rights to the book, Amazon notified me that the book was available in the Kindle store. I checked the store and saw my book there.

For many months, I thought about a Kindle edition of the book, but never got down to really working on it. I kept procrastinating and postponing the task. I remember having tried, several times, but half-heartedly, unsure if I was capable of navigating what I thought was a daunting technological universe.

I am glad I did it, finally. I could say that now I can rest, but technology is changing so fast that one cannot know what tomorrow will bring. I must, therefore, be on the look-out for new challenges, new opportunities.

I have been rather busy this week; for just before I produced the Kindle edition of Africans and Americans: Embracing Cultural Differences, I created and published a hard cover version of it which is available, together with my other books, from my online bookstore.
Posted by Mbele at 11:46 AM No comments:

This afternoon, my South Asian Literature students did the final examination. I drafted the questions last night, after a two day struggle as I noted in my previous blog post. Looking at these questions, neither I nor anyone else, I suppose, can believe that it took me a rather long time to create them. For two days, my mind was simply unable to do what I desired.

Eventually, I created three questions, from which the students were required to answer two. I am willing to present the questions here, for whatever they are worth:

1) Discuss the situation of the Parsees in Bapsi Sidhwa's The Crow Eaters and how they deal with it.

2) Discuss one of the characters in Bapsi Sidhwa's The Crow Eaters.

3) Discuss the relationship between any two characters in Romesh Gunesekera's Reef.

Certainly, I could have created a question dealing with narrative techniques or artistry in general. However, considering that the class comprises students of different disciplines, spanning the spectrum from mathematics to exercise science, I decided to ask questions that would be fair to everyone. If this was a class of only English majors, I would create at least one question on the artistic dimension of the literary works.

With the teaching and the final examination over, I am bracing myself for grading the answer scripts, a task that can be full of surprises but is always interesting and refreshing. One of the surprises is simply that a student majoring in, say, biology or economics might be the one with the best performance in an examination like this one, which, according to conventional wisdom, is outside that student's field. In a liberal arts college such St. Olaf, however, such surprises are not uncommon. That, at least, has been my experience.
Posted by Mbele at 5:05 PM No comments:

My South Asian Literature course ended yesterday, if I can frame things that way. In any case, yesterday we had our last class of the semester. We still have to prepare for the final examination, scheduled for Monday, barely two days away.

I don't know about other professors, but creating examination questions is rather challenging for me. Every time I teach a course, it is a different experience from any previous offerings of the course. My thoughts about any literary work change, influenced by various factors, such as the books and other writings I read all the time.

There is also the fact that rereading a literary work yields new insights. Then, each class of students is different in many ways from any previous class, resulting in different discussions of any given literary work. Nor is the sequencing of the readings constant from year to year. I also complicate matters more because I like to include, in the course, a text or texts I have never read.

In view of all this, I cannot simply give the students questions from past examinations. I have to think hard in efforts to capture the uniqueness of each iteration of the course. Since we did not manage to get to the end of Gunesekera's Reef, our last text for this semester, I have also to figure out how to incorporate this text in the examination., or how to give students the opportunity to use or invoke it. I cannot omit it entirely, since we have spent considerable time and effort on it.

That is the challenge I am facing this weekend. However, I am not overly concerned. I have always encountered such challenges and produced what I consider suitable examination questions.
Posted by Mbele at 8:17 PM No comments:

We Are Reading Gunesekera's "Reef"

This is the last week of classes for this semester here at St Olaf College. We are reading, in my South Asian Literature course, Romesh Gunesekera's Reef, a novel I had taught before. We are a little more than half way through it, going at a comfortable pace. Everybody is tired at this time of the semester, and I have told my students that I do not believe the reading of any work of literature should be rushed or done under pressure.

Rereading Reef, I am enjoying the discovery of aspects of it that I might have missed the first time around. For example, I am gaining a better understanding of Mister Salgado, one of the main characters. I have shared with my students my sense that he is eccentric, what with his obsession with lists, for example, which the narrator, his servant, describes thus:

Early on I learned the value of making lists from watching Mister Salgado. He was a great one for lists. He would listen to The Mikado and write page after page of lists: shopping lists, laundry lists, book lists, betting lists, things-to-do lists, diary lists, repair lists, packing lists, record lists, larder lists, letter's to write lists (p. 33)

No less peculiar is his habit of using the same tooth brush, never replacing it, according to the narrator, "until there was practically nothing left but the plastic handle. I would watch the bristles get shorter and more squashed day after day, until sometimes I myself would go and buy him a new one and place it in his mug" (p. 19-20)

In class today, I waxed profusely about Gunesekera's narrative skill. To illustrate this, I read the following passage, which invites much comment on account of its use of language and figures of speech:

We drove for hours; whistling over a ribbon of tarmac measuring the perpetual embrace of the shore and he sea, bounded by a fretwork of undulating coconut trees, pure unadorned forms framing the seascape into a kaleidoscope of bluish jewels. Above us a tracery of green and yellow leaves arrowed to a vanishing-point we could never reach. At times the road curved as though it were the edge of a wave itself rushing in and then retreating into the ocean. We skittered over these moving surfaces at a speed I had never experienced before. Through the back window I watched the road pour out from under us and settle into a silvery picture of serene timelessness. We overtook the occasional bus belching smoke or a lorry lisping with billowing hay; we blasted through bustling towns and torpid villages. We passed churches and temples, crosses and statues, grey shacks and lattice-work mansions.

This description of the Sri Lankan countryside, I find not only vivid, but very pleasant to read, and I shared my thoughts about it with the class.

There is, of course, much to say about Reef, as is the case with any work of literature worth the name. There is no way we can grasp and express the plethora of meanings it can generate. A literary text signifies ceaselessly, as Roland Barthes would say. Someday, hopefully, I will write more about this remarkable novel.
Posted by Mbele at 8:03 PM No comments:

Book Reviewed in "The Zumbro Current"

My book, Africans and Americans: Embracing Cultural Differences, has just been reviewed in the "The Zumbro Current," the newsletter of the Zumbro Lutheran Church, located in Zumbrota, south eastern Minnesota:

The Abner Haugen Library at Zumbro Lutheran Church has a copy of this extremely helpful book on cultural differences between Americans and Africans. It is written by Joseph L. Mbele, a Tanzanian scholar who currently is a professor of English at St. Olaf College. Anyone traveling to another country or continent would find this short book well worth reading. A few of the topics covered are: eye contact, personal space, gender issues, gifts, how “time flies, but not in Africa.” Both my wife Ann and I recommend this 98-page book.
-Duane Charles Hoven. "The Zumbro Current," October 2014, p. 7
Posted by Mbele at 7:33 PM No comments: