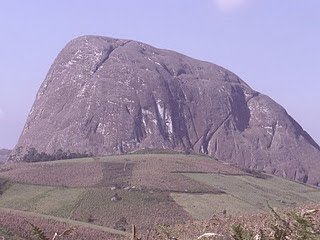 Southern Tanzania has what it takes to be an attractive destination for tourists, both local and foreign. Here lies the Selous National Park, one of the largest in the world, with an incredible variety of wildlife.
The famous Maji Maji uprising against German rule, 1905-07, centered on this region, and records of it can be seen in the Maji Maji Museum in Songea town. To the west lies Lake Nyasa, with its sparkling waters and pristine beaches. 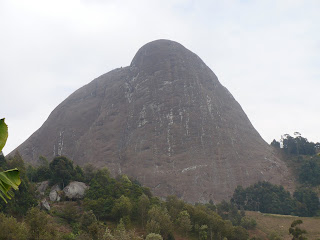 The list goes on, but one of the most magnificent but hidden treasures of Southern Tanzania is Mmbuji Rock, in the Matengo Highlands. There are several ways to get to it. As the road from Mbinga to Mbamba Bay winds its way higher into the highlands, it hits a junction going right, towards Litembo. This road, passing through coffee farms and fields of maize, wheat and beans, leads to Mmbuji Rock. 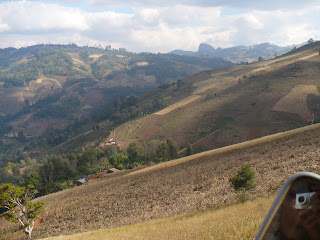 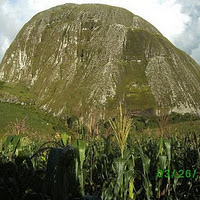 There is much folklore surrounding Mmbuji Rock, including legends and tales of supernatural occurences, which I alluded to in an earlier post. For people interested in the folklore and culture of this area, I recommend Matengo Folktales.

Mmbuji Rock dwarfs everything else around it. Next to Mmbuji Rock, the tall trees seem like mere potted plants. 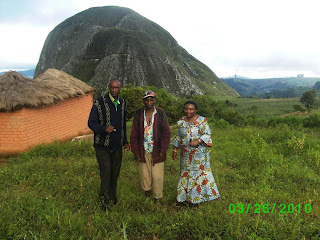 One needs to see Mmbuji Rock from different angles, from close by as well as from a distance. As the photos on this page demonstrate, Mmbuji Rock has many faces, depending on the viewer's location.Those who have seen Mmbuji Rock will agree that it defies description, and I can only say that seeing is believing. (I would like to acknowledge the sources of the photos used here and will do so soon)
Posted by Mbele at 7:50 PM 2 comments: