I Have Met a New Reader 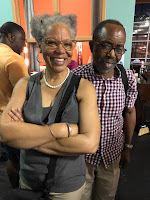 On May 25, I went to the High School for Recording Arts in St Paul to attend a meeting of the Nu Skool, a program run by Solidarity Twin Cities. The topic for discussion on that day was "The Language of Black America." At the end of the session, when people were continuing informal conversations and some leaving, a lady who happened to be standing in a group with me told me that she was reading my book.

I was pleasantly surprised and deeply touched when she said that the book was helping her discover the roots of who she is as an African American. She said, essentially, that she discovered her African essence through reading the book. That testimony, given in front of several of our Nu Skool friends, meant a great deal to me. This lady, I learned, is  preacher, and that means much to me.

I have always been anxious about how African Americans might respond to my book, even before I published it, because I talk about differences between them and Africans which I feared might not go down well with some African Americans. To my surprise, African Americans have tended to embrace and promote the book. I am truly grateful for this. Pastor Iris joins this list of supporters to whom I am most grateful.
Posted by Mbele at 9:54 PM No comments:

Your Chance to Review my Extra-curricular Work

In the world outside the college classroom and academic conferences, I am a cultural consultant, under the auspices of Africonexion. If you have attended any of my presentations, talked with me at a cultural festival, or used my books, especially Africans and Americans: Embracing Cultural Differences, I invite you to share your experience at Public Reputation.
Posted by Mbele at 2:09 PM No comments:

The 2018 Amani Festival in Carlisle, Pennsylvania

On May 5, I attended the Amani Festival in Carlisle, Pennsylvania. I have known about this festival for over 15 years and attended it several time in the past as an educator and cultural consultant. 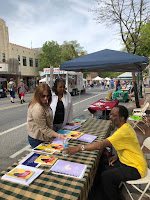 This year was not different. I had a table, displaying some of my books and had great opportunities to talk with many people who came to my table. These included an American lady who had worked as a volunteer in South Africa for three years as a volunteer as well as a young woman who told me that a friend of hers was going to Tanzania as a Peace Corps volunteer. These conversations were very meaningful. I was touched in a particular way by a reporter who interviewed me and later wrote about the festival in The Sentinel. 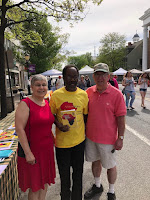 My table is always colorful, attracting people. Approaching my table, the lady on the left pointed at a copy of Matengo Folktales and said, "I have read that book!" Completely surprised, I started talking with her. She said that she had bought the book and had me sign it years ago. I think this might have been 2005. She said that she and her husband belong to  a church that has a partnership with the Konde diocese of the Evangelical Lutheran Church in Tanzania. 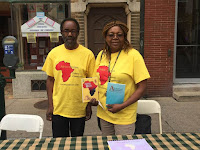 I was not able to move around and visit the many vendor booths--about 70--but I had a busy time talking with people at my table. 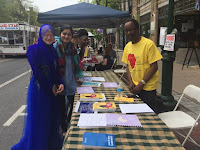 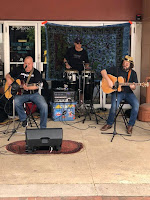 There was plenty of entertainment, including musical and dance performances. 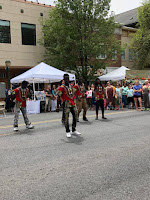 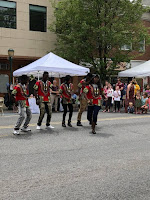 Some of the dances were performed by students of Harrisburg High School shown in the four photos here. 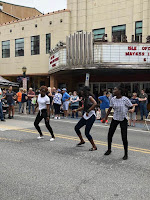 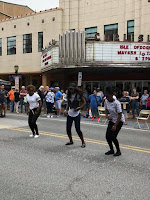 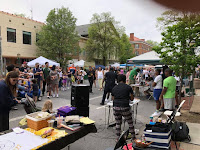 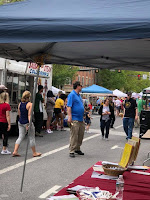 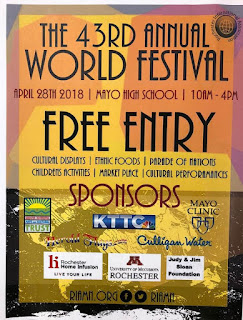 On April 28, the Rochester International Association hosted the 2018 World Festival.This is an annual event that brings together people from various countries to showcase their countries. I was there, and had great opportunities to talk with various people about my work and about our world, which is steadily becoming a global village. There were vendors of different products and displays by different organizations. There were musical and dance performances and from different cultures. 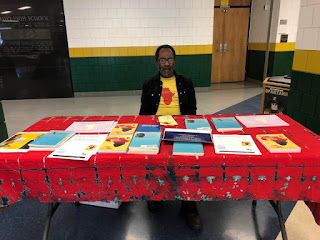 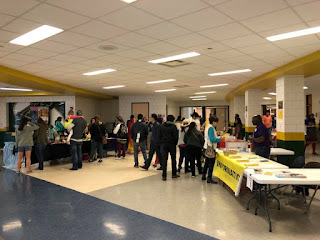 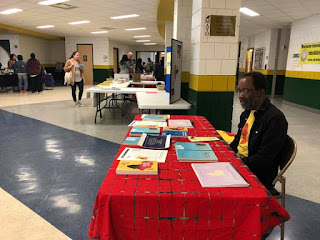 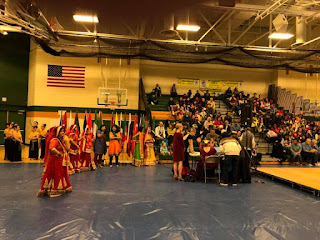 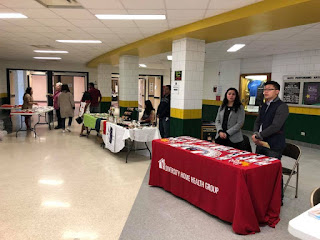 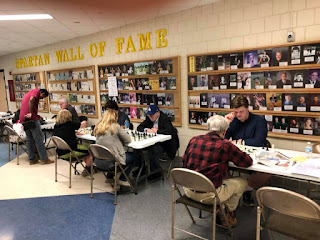 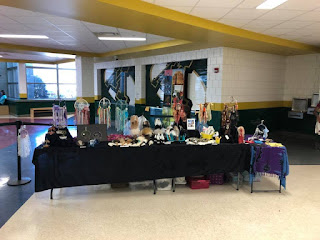 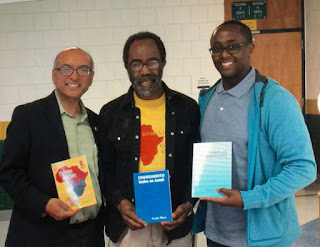