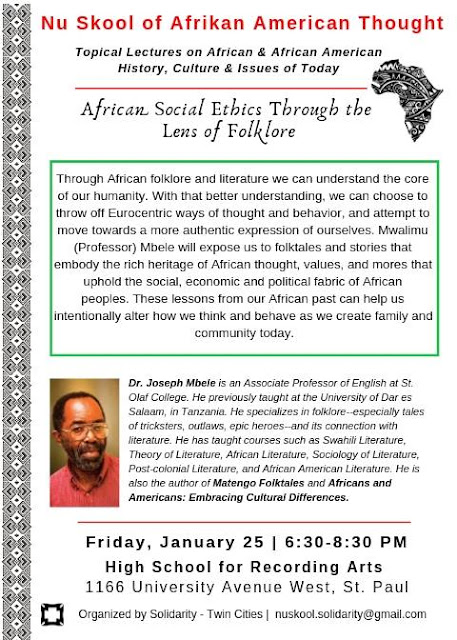 Tanzania Workshop on Culture and Globalization 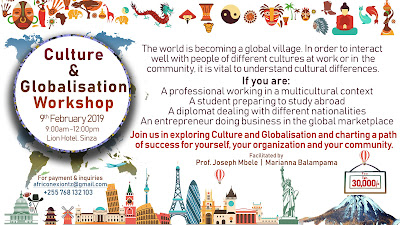 Notes on "Song of Lawino"

I have published a study guide Okot p'Bitek's Song of Lawino. Okot p'Bitek, a Ugandan, was one of the African writers who became famous soon after indolence, in the sixties. Song of Lawino is his most celebrated work. It is an extended lament by a fictional character, Lawino, a rural Acoli woman, about her husband Ocol, who has adopted Western ways.

Each of these study guides discusses the work mentioned and makes references to other literary works wherever necessary, in addition to introducing relevant aspects of literary theory in a manner accessible to undergraduate students and the general reader.

My study guides and other books are available online
Posted by Mbele at 2:48 PM No comments:

A Meeting With Gustavus Adolphus Travelers to Tanzania 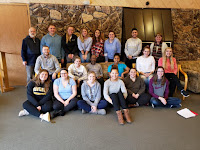 Once again, I received an invitation from Professor Barbara Zust to meet with students from Gustavus Adolphus College she was taking to Tanzania on a one month study program that has been running for many years. We met on January 7 at the Mount Olivet Conference & Retreat Center in Lakeville, Minnesota.

As in the past, the students had read my book, Africans and Americans: Embracing Cultural Differences. and my meeting with them was an opportunity to talk about various issues I raise in the book, and respond to their questions. 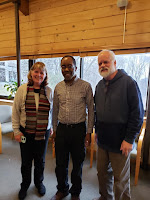 Apart from questions pertaining directly to the book, there were several questions about Tanzanian perceptions of Americans and about perceptions of race and racial identity. We also talked about the political climate in Tanzania. I tried my best to clarify media reports which have tended to be unfavourable. I am glad that these Gustavus Adolphus travelers will be able see things for themselves and hear from different Tanzanians.

In the photo on the left, I am flanked by the program leaders: Professor Barbara Zust and Pastor Todd Mattson. I have enjoyed my many years of working on the program with these two friends, deeply touched and humbled by how much they value my contribution.
Posted by Mbele at 10:52 PM No comments: