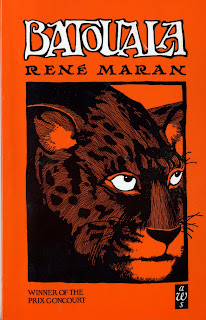 I ordered a copy of Rene Maran's Batouala, and it arrived on November 14. I have known about this novel for decades. I am sure I first heard about it as an undergraduate student at the University of Dar es Salaam. I do not remember if I read it then or not.

About ten years ago, as I immersed myself in studying Ernest Hemingway, I discovered that Batouala had a significant impact on Hemingway. As a young man in Paris, Hemingway reviewed this novel favourably in the Toronto Star in 1922. This was Hemingway's first published book review. It is clear that this novel helped define Hemingway's ideas about writing, as is attested by this well-known paragraph from the review:

You smell the smells o of the village, you eat its food, you see the white man as the black man sees him, and after you have lived in the village you die there. That is all there is to the story, but when you have read it, you have seen Batouala, and that means it is a great novel.

The more I have immersed myself in Hemingway, especially his African connection, the more I have felt the urge to read Batouala, knowing that it will aid me in my effort to gain a deeper insight into both Hemingway's writing style and his life-long fascination with Africa.

Batouala was written in French. Published in 1921, it won the prestigious Prix Goncourt and sparked off a storm of controversy. I know that there are several translations of it. As I prepare to read the English translation by Barbara Beck and Alexandre Mboukou, I want to try and follow the French original at the same time, since I have a smattering of French for reading purposes. I have gone through the first page, and I am moved by Maran's writing.
Posted by Mbele at 9:44 AM No comments:

Another Day at the School of Environmental Studies 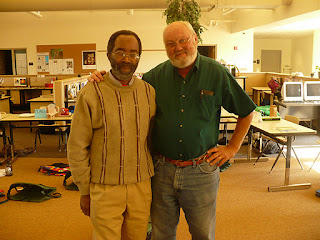 Today, I went to the School of Environmental Studies in Apple Valley to talk with Mr. Todd Carlson's students. They are studying indigenous philosophy.

Over the years, starting in the early nineties, Mr. Carlson has invited me to speak in his class, my focus being traditional folklore. 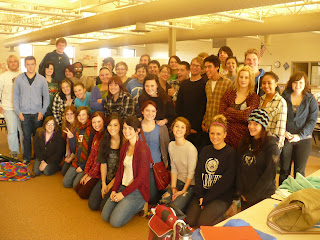 In preparation for my visits, Mr. Carlson introduces the students to my book, Matengo Folktales. They read parts of it. As a result, they have many questions for me, which are thoughtful and engaging. They ask about such issues as recording and textualizing oral folklore, translation, folklore performance, and the meanings of the tales in Matengo Folktales.

During every visit, I tell a tale or two from Matengo Folktales. Today, as in the past, I told the "The Monster in the Rice Field," which everyone finds most intriguing.
Posted by Mbele at 12:42 PM No comments: