Several months ago, a neighbour of mine, Merrilyn, who is an avid reader of my writings mentioned me to Beca Lewis, a friend of hers who lives in Ohio. She then sent Beca a copy of my book, Africans and Americans: Embracing Cultural Differences. At the same time, she enabled us to connect on Facebook.

I soon learned that Beca is a writer, educator and broadcaster, who owns and runs a social media and broadcasting outfit called The Shift. From what Merry told her about me and from reading my book, Beca asked me if she might interview me on my cultural outreach activities. I readily agreed, and we did the interview on February 14.

Today, Beca made the interview available online, and I am pleased to present it here:
http://theshift.com/podcast/every-culture-is-weird-and-wonderful/
Posted by Mbele at 4:22 PM 2 comments:

My translation of "A Time to Talk" (Robert Frost) 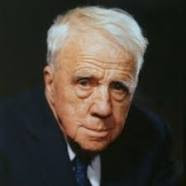 Today, out of the blue, I decided to translate Robert Frost's short poem, "A Time to Talk," into Swahili. From time to time, I translate folklore and poetry, undeterred by the perils and uncertainties of the process. I work with three languages: Matengo, Swahili, and English. My most ambitious work of translation so far is Matengo Folktales.

I encountered Frost for the first time when I was a high school student in Tanzania, 1971-72. We read Frost's famous poem, "The Road Not Taken." It was only three years ago, however, that I first read "A Time to Talk," when my daughter Zawadi bought me an anthology of Frost's poems, Robert Frost: Selected Poems. I was then in hospital in Minneapolis, and my daughter, knowing that I am a bookworm, thought a book of poems would lighten my days.

When a friend calls to me from the road
And slows his horse to a meaning walk,
I don't stand still and look around
On all the hills I haven't hoed,
And shout from where I am, What is it?
No, not as there is a time to talk.
I thrust my hoe in the mellow ground,
Blade-end up and five feet tall,
And plod: I go up to the stone wall
For a friendly visit. 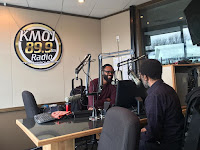 On February 4, 2017, I was a guest on the African Roots Connection program of KMOJ Radio, Minnesota. Program host Charles Dennis and I had a wide-ranging conversation. You can listen to it here:

(photo by Zawadi Mbele)
Posted by Mbele at 4:17 PM No comments:

An Evening of Storytelling at St. Olaf College

I have started this year with a spate of presentations in the community. This evening, following a request by Karibu, a St. Olaf College student organization, I made a presentation on story telling. The event was part of Africa Week, an annual program organized by Karibu to showcase and share knowledge about Africa.

As requested by Karibu, I emphasized the role and meaning of storytelling in African culture. I shared my admiration for oral cultures, constituted by individuals who are walking, dynamic encyclopaedias, so to speak. I invited the audience to contemplate the fact that these cultures, for the major part of human history, had to preserve and transmit all their knowledge without writing.

I engaged the audience in reflecting on proverbs and a Haitian folktale, "The Frog and the Well" published in Harold Courlander's A Treasury of Afro-American Folklore.
Posted by Mbele at 8:05 PM No comments:

In addition to mentioning and commenting on several African and Jamaican proverbs, I told several folktales; a Gurensi one, which I had told before, a Haitian one, and one from Zora Neale Hurston's Mules and Men. I did this to demonstrate how our ancestors thought about the world and the human condition.

The tales in Mules and Men that account for why Black people and Black women in particular work so hard harking back to the days of slavery, are particularly significant. They project with a touch of humour the resilience of the human spirit in the face of adversity.

I told my audience that I want to make such presentations in the future, not only on storytelling, but also on cultural differences, along the lines of my book, Africans and Americans: Embracing Cultural Differences. I said that my experience as a cultural consultant has taught me that there is a great need for on-going conversations about cultural differences in the world.
Posted by Mbele at 9:00 PM No comments: 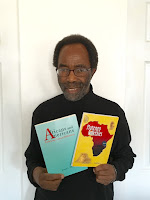 What is Africa to me:
Copper sun or scarlet sea,
Jungle star or jungle track,
Strong bronzed men, or regal black
Women from whose loins I sprang
When the birds of Eden sang?

Countee Cullen directed our attention to Africa, the birthplace of not only Black people, but the entire human race. As a folklorist and literary scholar, I highlight the fact that Africa is the birthplace of language and storytelling.

In the last few days, I have had great opportunities to share my views in different settings, such as the Nu Skool of African American Thought, and the African Roots Connection show of KMOJ Radio.
I have been talking about the role of Africa and people of African descent in world culture.

Along the same lines, on February 9, I will make a presentation on the evolution of story telling in Africa and its continuation in the African Diaspora, particularly the Americas. Come and experience the wisdom of our ancestors, how they reflected on the world, on life, human nature, and the lessons they bequeathed to us, which can help heal our broken world and reorient us along the right path.

Copies of my books, such as the popular Africans and Americans: Embracing Cultural Differences, will be available for purchase, with proceeds going towards the Afrifest Foundation. Donations for the same purpose will also be welcome. The event will be held at 5701 Shingle Creek Parkway, Brooklyn Center, Minnesota, 4th floor conference room, from 6:00 to 8:00pm

For more information about me, visit Africonexion: Cultural Consultants or call 507 403-9756
Posted by Mbele at 11:56 AM No comments: