The Reverent Al Sharpton spoke at St. Olaf College this evening. The event drew a large crowd from far and near. After being introduced, Al Sharpton went on stage. Having offered his thanks, he declared, at the outset, that though Americans tend to shy away from talking openly about race, he was going to talk about it.

He did, offering a memorable account of how the racial situation has evolved in America during his lifetime. When he was a young man, he said, nobody, in their wildest dreams, had the idea that a black person would ever become president of the USA. The election of Barack Obama, he said,  and particularly his re-election, is a sign of progress. He also gave the example of Beyoncé, an artist who  is embraced by Americans of all races, whereas in his youth, the situation was very different.

While acknowledging progress, he dwelt at length on enduring problem, giving incisive accounts of events such as the recent police killing of Michael Brown in Ferguson, Missouri, and several such cases from the east to the west coasts.

Reverend Al Sharpton urged the young generation to believe in their ability to effect positive change. Instead of taking on many issues, each one should strive to define specific goals and work diligently to achieve those goals.

He offered a unique perspective on various issues, saying, for example, that when he tells Black people that they are sometimes accountable for the problems they face, he gets some negative reactions. He also said that his idea of civil rights embraces the rights of all groups of people who are in any way discriminated against or disenfranchised--blacks, Latinos, women, gay and lesbian people, Muslims, and so forth. He brought into his talk references to places beyond the USA, such as Palestine and South Africa.

Al Sharpton spoke about the issue of race without alienating anybody. Instead, he won applause and standing ovations with his insights, fairness, eloquence, and sense of humour. He charmed the audience with his jokes. He noted, for example, that people think he just pops up wherever there are problems around the USA. The truth, he said, is that people call him to those places.

After his talk, he was taken to a reception room where he interacted with people informally. He gracefully took photos with anybody who wanted to take a photo with him. My two daughters and I stepped forward to take a photo, and then my eldest daughter brought out Al Sharpton's book, Al On America. Reverend Al Sharpton right away offered to sign it, while reaching for a pen. It was a most touching, unforgettable experience.
Posted by Mbele at 9:17 PM No comments: 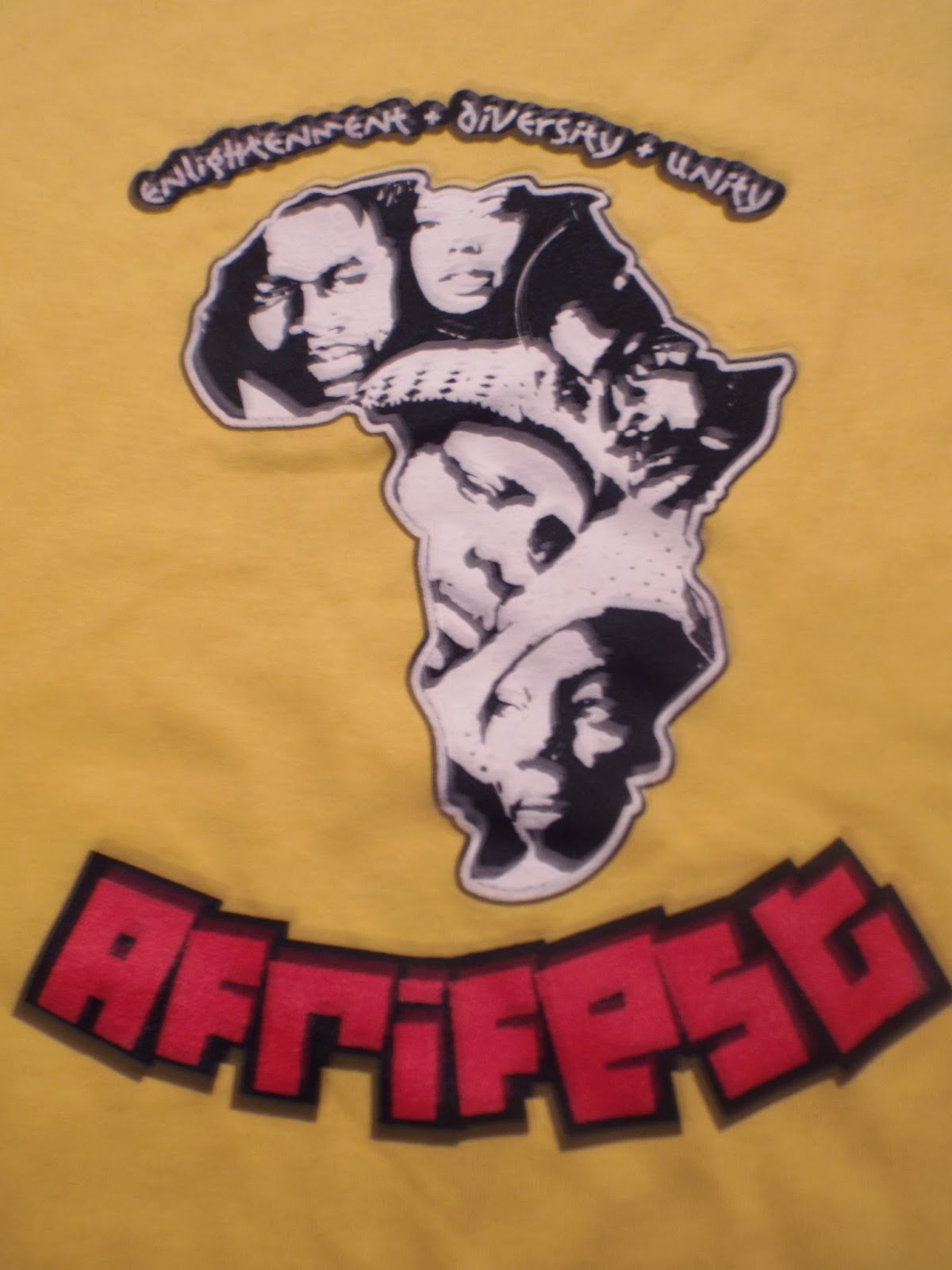 This afternoon, I went to the Center for Families in Minneapolis to attend the Afrifest Foundation Board meeting. Four Board members participated in the meeting: Nathan White, Pablo Whaley, David Wilson, and Joseph Mbele.

We heard a report about Afrifest 2014 from Nathan White, Board Executive Secretary, noting that publicity for the event was perhaps better this year than in all previous years. The event itself went well, except that around 6pm it started to rain, prompting vendors to wrap up their activities. Even though many attendees left because of the rain, some remained for almost three hours more.

Nathan also noted that Kenyans, perhaps more than any other nationality, played a key role in the festival this year. The DJ was Kenyan, the Kenyans had a table displaying various artifacts and many festival attendees were Kenyans. They also made up the soccer team. The City of Brooklyn Park lent its support, and we noted that even the mayor came to the festival.

Nathan asserted that in terms of event planning and production, the Afrifest Foundation now has much experience and expertise. Other organizations are already seeking out the Foundation for advice on how to produce their own events. We are excited to be in a position to assume this new role.

Nathan shared the view that in the future, we should make sure to invite a major performing artistic group, recalling that at the first Festival we had the late Lucky Dube performing, and, naturally, he drew a large crowd. His show was reported in the Twin Cities Daily Planet and Mshale.

We noted that there are other organizations we can work with, including religious groups which share our vision and mission to bring about greater connections within the African and African Diaspora communities and between them and people of non-African descent, by fostering social, cultural and other programs.

We will also collaborate with groups which work in the field of global health. There is, for example, an event in December, on the ebola epidemic.

We will continue to keep in mind the other dimensions of the Foundation's mission, notably, cultural and educational programming. Although these are to some extent, a part of what we have been doing during the Festival, we want to be more active in creating or exploiting opportunities focused on programs such as cultural education.

We will focus, as well, on grant writing, to enhance our activities. Also, since we have 501(c)3 status, we look forward to being the fiscal agent for other organizations. Finally, people can now donate to the Afrifest Foundation directly, with a credit card, online.
Posted by Mbele at 7:26 PM No comments:

I am using Mulk Raj Anand's Untouchable, Ahmed Ali's Twilight in Delhi, Bapsi Sidhwa's The Crow Eaters, and Romesh Gunesekera's Reef. For the first time, I am using Salman Rushdie's Shalimar the Clown, a work I had not read before but am reading now, in preparation for teaching it later in the semester.

I was eager to include a Rushdie work after teaching his Midnight's Children and finding it both intriguing and interesting, on account of its narrative techniques--which are somewhat complex and confusing--its historical, cultural and religious references and allusions, as well as its style of presenting characters.

I wanted to teach this novel, prompted by, and regretting, the fact that I had not read it. I felt ashamed of myself for not having read this famous literary work, even though I know there are dozens of other famous works I will not be able to read. Sadly, one can only do so much in a lifetime.

One thing I would really like to do is include some poetry, as I told my students today. I hope we will have a few days at the end of the semester to read some poems. Currently, I am reading The Cinnamon Peeler, a collection of poems by Michael Ondaatje, both for my own education and also in order to prepare a selection of poems I can use when or if the opportunity arises. I plan to complement any poems I might choose from this collection with poems from other sources.

Overall, the semester has started well, and I am looking forward to a rich learning experience for my students and me.