Memories of the St. Dominic Boutique 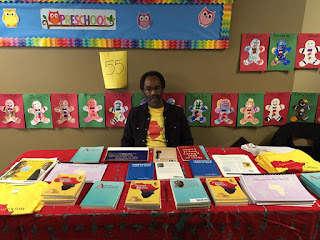 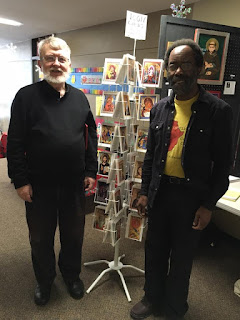 On December 9, the School of St. Dominic in Northfield, Minnesota, hosted a fair titled St. Dominique Boutique, which I had mentioned on this blog. Sixty vendors displayed a great variety of products, such as jewelry, clothing, artifacts, and cards. I was there, with my books and other publications.


When I arrived, I was directed to my spot, and a man I didn't know came to help me set up my table. He told me that he had heard me speak at a church in Faribault. I recalled two talks I had given on a weekend at First English Lutheran Church based on my book, Africans and Americans: Embracing Cultural Differences.

This man told me he was a retired pastor and since his table was adjacent to mine, we had time to talk durin the expo. His display consisted of Christian themed items such as icons, and cards. 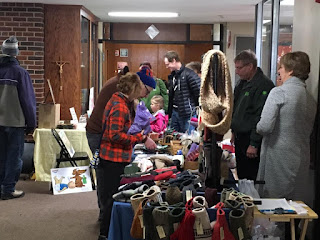 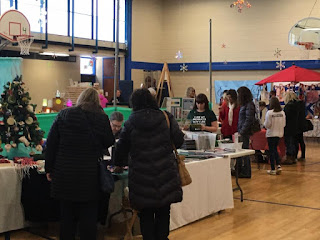 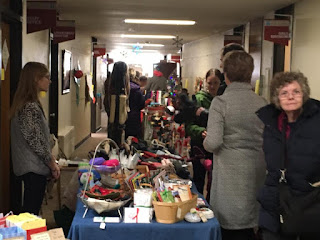 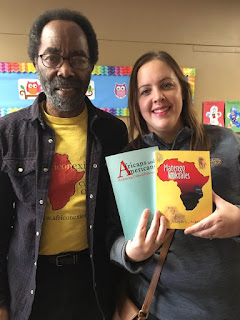 The woman seen in the picture here came to my table with her older sister. We talked at length about my work and about my books. She bought the two she is holding. 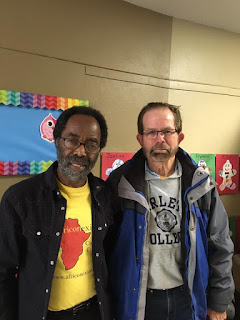 As always happens in these events, I met and talked with various kinds of people, who had interesting things to share with me. The gentleman seen in the picture on  the left told me about Andrew Jackson Foster, an African American missionary who started schools for the blind in Ghana and other African countries. I did not know about this person, but after hearing about him, I have read about him and been very impressed by his life and work. 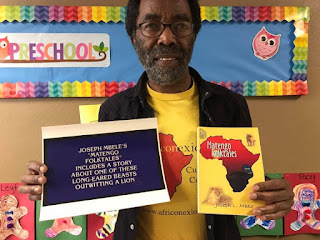 As I mentioned on this blog, on November 23, my book, Matengo Folktales, was featured on "Jeopardy," the popular television program. Naturally, I reproduced the "Jeopardy" clue and brought it to the Expo. 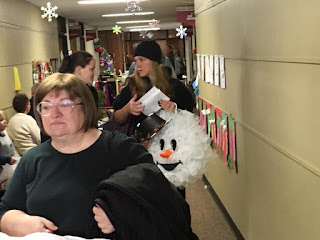 I commend the School of St. Dominic for organizing this event. Although this was their first experience of holding such an event, it was very successful. Also, I was delighted that even though the Expo host was a Catholic school, it attracted people of different belief systems. I saw this as I talked with people at my table.

I felt, as other people did, that the Expo should be held again, perhaps annually. 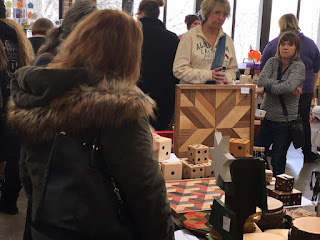 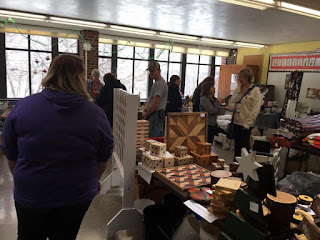 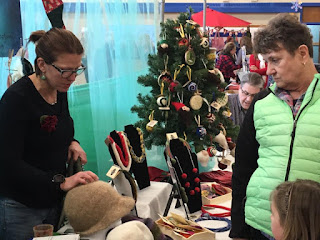 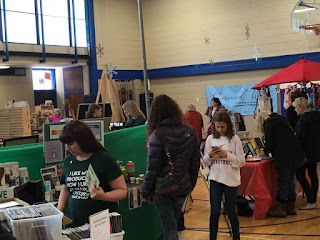 St. Dominic School in Northfield, Minnesota, is working on a brand new initiative called St. Dominique Boutique, a community event filled with displayed and activities. There will be door prizes and crafting demos and mini massages, as well as vendors of different products including crafts, greeting cards, candles, silverware, jewelry, and books.

The school belongs to the Church of St. Dominic. As a member of this church, I am very pleased that my three daughters went to St. Dominic School, and that the school is hosting the fair. I will be there with my books, including Matengo Folktales, which hit the spotlight on Thanksgiving Day when it was mentioned on "Jeopardy," the American television show.

I have participated in many such events and appreciate them very much as opportunities to meet people and share ideas. I look forward to the St. Dominique Boutique and hope to write about it afterwards.
Posted by Mbele at 6:16 PM No comments: