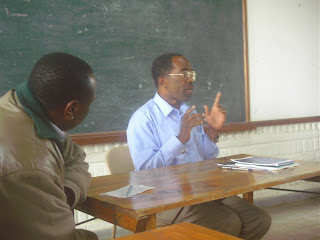 On June 21, 2008, I held a workshop in Arusha, Tanzania, on "Culture and Globalization," to share with people in Tanzania my thoughts about the cultural implications of globalization.

It was a small workshop, as I had planned, but we had intense discussions for about three hours. I started with theoretical aspects of the topic, highlighting the challenges that companies, organizations and individuals face as they operate in a world that is increasingly becoming a global village. In the process, I gave examples of cultural blunders committed by companies trying to operate in foreign countries. Then I dwelt on the issues I raise in my book, Africans and Americans: Embracing Cultural Differences, www.lulu.com/content/105001. This was an opportunity to focus on the specific situation of cultural differences involving Africans and Americans. Finally, we had a general discussion and sharing of experiences. 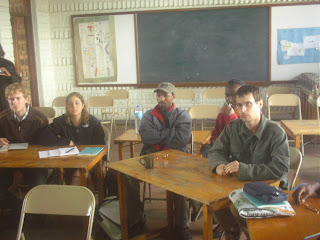 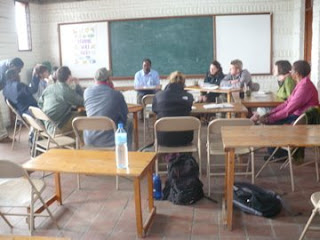 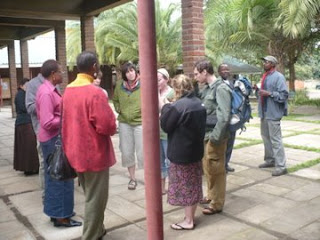 This workshop was an attempt, on my part, to share with people in Tanzania what I share with audiences in the USA. I wanted to bring together Africans and non-Africans to talk about the reality of cultural differences and the implications of those differences in our world.

The workshop attracted a diverse group of people based in Arusha but representing various countries. The discussions were enlightening and stimulating, and feedback from participants was enthusiastic. I plan to conduct such workshops again, not only in Arusha but also elsewhere, in Tanzania and beyond.

Here is what I had written, announcing the workshop:

We all know the world is quickly becoming a global village. The question is whether we are prepared for it. What is our strategy for coping in the global village? I think, for example, about the cultural implications of globalization.

In the global village, people of different cultures will have to interact, through living or working together, or in other ways. Whether we like it or not, we will have to deal with people whose values, expectations, ways of thinking, acting, and communicating are different from ours. If we don't learn about these differences, and how to deal with them, the global village will be a cauldron of misunderstandings, conflicts and misery.

As people go to foreign countries, to do business, to live, or just travel, they will encounter cultural differences. Even if we just stay in our own countries, we have to deal with foreigners, whose cultures are different from ours. Studies show that a significant percentage of businesses face trouble abroad because of cultural differences. Cultural differences cause many foreign workers to perform poorly in their new locations. With culture shock taking its toll on them and their families, many expatriates terminate their contracts.

If not properly handled, cultural differences in the work place can be costly, in terms of human relations, time and money. To address these issues, we rely on conflict resolution strategies and mechanisms, but conflict prevention might be a better option. In the global village, cultural orientation will save us much trouble, at home and abroad. Companies, businesses, organizations, as well as institutions such as hospitals and schools need to seek ways to manage cultural and other kinds of diversity.

In the USA, companies doing business abroad are gradually recognizing the need to learn about foreign cultures. Educational institutions that run study abroad programs, organizations that send volunteers abroad, and individuals traveling abroad, increasingly want to know about the culture of the foreign destinations. There is a growing awareness of the need to understand and deal with cultural and other kinds of diversity, including developing strategies for serving an increasingly multicultural population. Over the years, I have enjoyed working with these people, sharing with them perspectives on the differences between African and American culture. In the process, I have learned a great deal.

To succeed in this increasingly interconnected world, Africans must get involved in learning about other cultures. We need to understand our foreign counterparts, coworkers, business partners, customers, or friends. The more we understand people of other cultures and the more they understand us, the more we will enrich our relationships and ensure a livable global village.

If all this interests you, I invite you to a workshop at the Arusha Community Church on June 21, 2008. It will be based on my book, "Africans and Americans: Embracing Cultural Differences." This workshop is for everyone, but especially for people in such sectors as tourism, education, health, and NGOs.

For registration, send an email to info@africonexion.com, or call 787 753 522. The registration deadline is June 18. Feel free to share this message with anyone else.
Joseph L. Mbele, a Tanzanian, is a professor of English at St. Olaf College in Minnesota, USA. He also runs Africonexion, a cultural consultancy: http://www.africonexion.com

I am well impressed with all your works plus your efforts to educate fellow Tanzanians. Keep it up Prof.

Thank you, Alvin, for visiting my blog and for your encouragement.

it sounds good idea to be involved in this discussion. I do feel sorry for we majority Tanzanians(poor forty millions people) will not be able to participate at freely swahili speakers.

Well done but Please work to soert out the language issue

Thanks, Katu, for your comment. I think there are several dimensions to the issue. One is that in order to communicate with the diverse audience that my workshops attract, from different countries, who reside in Tanzania, I use English.

This is what I did last year, and I had audiences consisting of foreigners and Tanzanians. In fact, having that mix of people enriches the discussions, based on the diverse perspectives they bring. Tanzanians learn from the foreigners, and vice versa, and everyone learns from everyone else.

The plea that I should use Swahili for the sake of the Tanzanians is reasonable. However, it is important for the Tanzanians to also wake up and learn other languages.

I have complained again and again that Tanzanians need to wake up, and pursue education diligently, in order to compete with the rest of the world.

Learning English and other languages is one of the things Tanzanians should do. As a teacher, I will never condone the idea that Tanzanians should remain as they are and everyone else should accommodate the linguistic needs of the Tanzanians.

In the past, Tanzanians were able to use English just like Kenyans and Ugandans. But nowadays, they have developed a culture of laziness and a plethora of lame excuses for being where they are. I am a teacher, and my duty is to advocate hard work, not intellectual laziness.