Visiting the School of Environmental Studies

Once a year, for the last ten years or so, I have visited the School of Environmental Studies in Apple Valley, Minnesota, to speak to Mr. Todd Carlson's Philosophy of Indigenous Peoples class, my topic being folklore and the environment.

This has been an opportunity for me to talk about how humans have dealt with the environment through folklore. Starting from the earliest days of their existence, humans created language, which they used to organize and make sense of the world around them: naming, describing, contemplating, and explaining it. 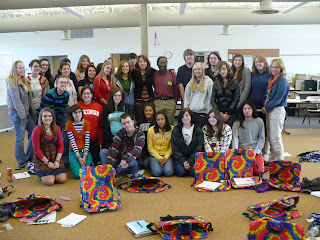 From naming, which is an early form of storytelling, to fully fledged storytelling as we know it, humans established and maintained a rich and complex connection between themselves and the world around them. They put their stamp on the world, so to speak. 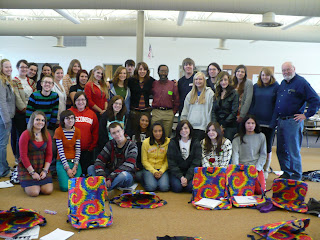 Mr. Carlson, seen at the far right in the photo above, prepares the students for my visit by sharing with them the contents of my Matengo Folktales. During my visits I talk a little about the Matengo culture of story telling, complementing my talk with a performance of a tale or two. 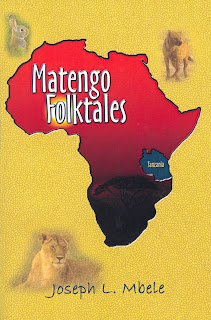 Various elements in these tales, such as the songs, offer an opportunity to talk about the power of language in ancient times and in indigenous societies. Such, in general, is the power of prayers, incantations, and spells, by means of which humans sought to influence events and phenomena: bringing the rain in times of drought, casting out illness, and inducing crops to grow. Today, although we use language, we have largely forgotten or abandoned those beliefs in its power. 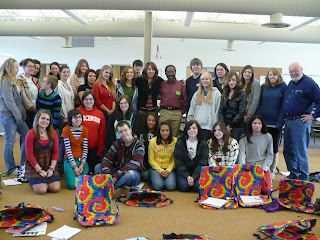 The students at the School of Environmental Studies learn to be conscious of the mutual dependence of humans and the environment and to be good stewards of the environment. My visits to this school have enhanced my awareness of these issues. 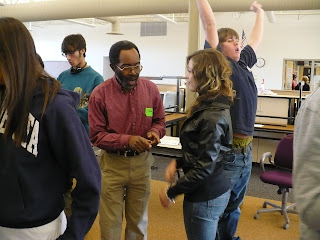 Our survival depends on appropriate use of the environment and its resources. We need to learn about the environmental impact of our activities and about sustainable uses, so that we do the right thing and ensure that the environment will be in a healthy state for future generations.
Posted by Mbele at 4:50 PM

Real! Is very interesting. To me one thing i wish to insist is "let us make sure we do the right thin" coz with no that we wil alwayz be doing corrections