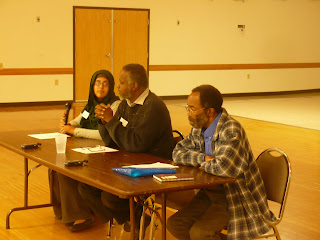 Today, in Faribault, Minnesota, there was a meeting of Somali parents and youths to discuss the issue of Muslims in American colleges. Two Carleton College students organized the event. Aware of my longstanding engagement with the city of Faribault, including the Somali population, they invited me to be one of the facilitators of the conversations alongside a Somali Muslim man who has children in college, and a young Somali woman who is a college student. 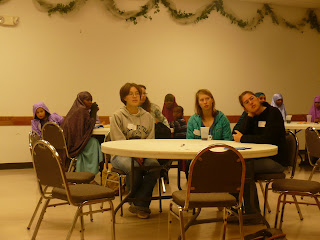 We talked about admission issues, life on campus, challenges of being a Muslim on campus. I talked about the cultural differences Somali Muslims and Africans in general encounter on an American college campus, mindful of the fact that the school is both a product and reflection of its cultural context. The young woman on the panel reassured the audience, saying that though there are challenges to being a Muslim in an American college, they are not reason enough to discourage someone from going to college. 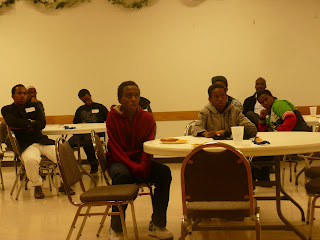 The gathering gave equal opportunity to young people and parents to air their views, expectations, and anxieties. 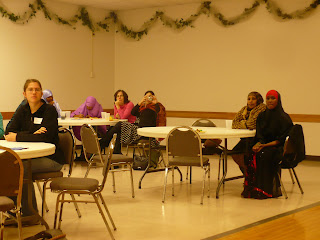 The parents stressed, again and again, that they want their children to succeed in school and college so they can have better opportunities in life. 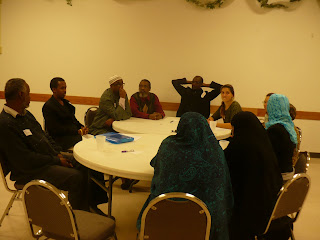 It was humbling for me to hear some parents mention me as an example of what they want their children to be like. At the same time, it was a priviledge to be there as a source of inspiration and a role model for the youths. In fact, one young man recalled that I had spoken to him and his friends at the Faribault High School about five years ago and that he drew inspiration from what I had said on that day. 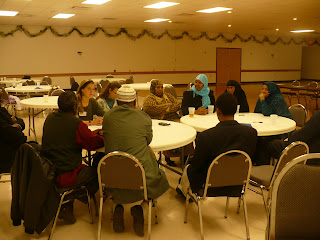 This was a valuable opportunity for everyone to learn and also to network.
Posted by Mbele at 7:33 PM