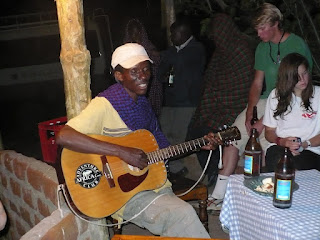 Longido is a very small Tanzanian town on the road from Arusha to Nairobi. Small as it is, Longido is well known for tourism. If you wonder what else there is to do here, there are several simple pubs and restaurants where you can hang out, brushing shoulders with the local Maasai. You can be creative in other ways. During a 2008 visit here with students on a Hemingway course, we got a local guitarist to play for us. 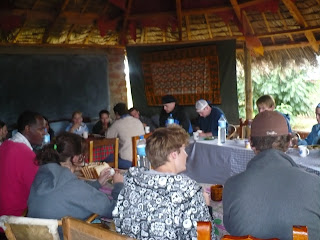 We stayed here two days, studying the travels and writings of Hemingway. Longido is specially important as a center of Maasai culture, which Hemingway admired. We were hosted by the Longido Cultural Tourism program. 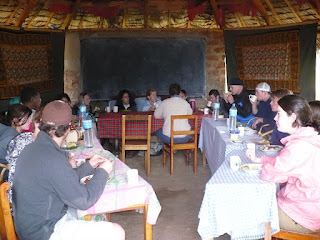 After dinner prepared by the local women, we sat around for the musical entertainment. 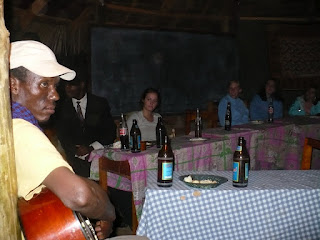 The guitarist was versatile, featuring East African as well as American songs, both old and contemporary. It was quite a treat.
Posted by Mbele at 2:58 PM