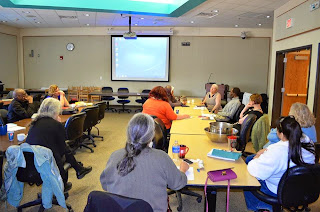 From the very beginning, the idea of a conference embracing two different worlds--the African and the Indigenous American--intrigued me. I have a good grounding in African studies, particularly literature, folklore, and political economy. I am fluent in Matengo and Swahili.

Regarding Indigenous American studies, my understanding is rather limited, not extending far beyond trickster tales. I knew, however, that there were striking similarities between the traditional beliefs of the Native Americans and those of the Africans. 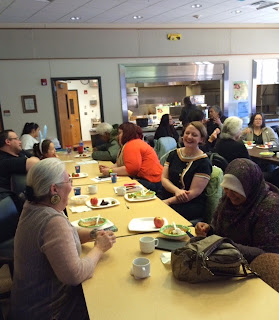 I was therefore keen to participate in the "Narratives of Identity" conference, confident that I would learn much. I was particularly excited about the opportunity to visit an Indigenous American institution. All the years I have been in the USA, I have never had the chance to visit such an institution or community.

We heard about colonial European suppression of African and Indigenous American traditions, values, concepts of justice, and identity. Accordingly, we explored the issue of decolonization in its various dimensions--such as the educational, the cultural, and the psychological--including the decolonization of pedagogical methods and practices to ensure the engagement of learners in their education.

We discussed the issue of engagement alongside the issue of the right of people to speak for and about themselves, as opposed to being objects or victims of other peoples' narratives and viewpoints. The project of decolonization goes hand in hand with narratives of self-affirmation and empowerment of marginalized and oppressed people. 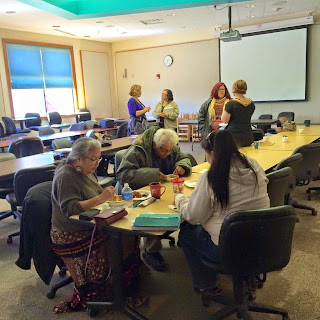 As I have noted, this was an unforgettable day for me, and I said as much to the audience. As an expression of my gratitude, I presented a copy of my Africans and Americans: Embracing Cultural Differences and of Matengo Folktales to the library of the Leech Lake Tribal College.

I wish to pay tribute to Deborah Jane of the African Studies Institute and Elaine Fleming and her colleagues at Leech Lake Tribal College for organizing the conference, a memorable event in itself and a secure foundation for future collaboration.

(The top photo is by Leech Lake Tribal College)
Posted by Mbele at 9:24 PM