Africans and Americans: A Book Talk in Faribault 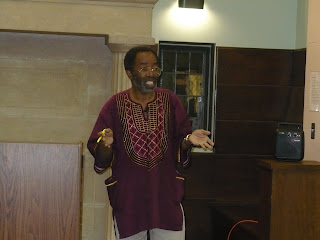 I have visited Faribault again and again, over the last few years, to participate in various educational and cultural events. On October 21, I went there again, at the invitation of the Buckham Memorial Library, to talk about my Africans and Americans book. I had mentioned this invitation in a previous blog post.

People came from Faribault and neighbouring towns, as well as Minneapolis. Delane James, director of the Library, introduced me.

I started with a brief account of my work at St. Olaf College: teaching global literatures in English, Folklore, and advising study abroad programs. 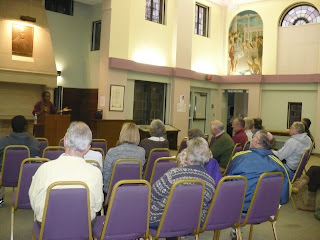 I noted that my interest in cultural differences developed in the course of my graduate studies at the University of Wisconsin-Madison, 1980-86. There I experienced life in a foreign culture for the first time and began acquiring the knowledge I share in my Africans and Americans book and other writings. 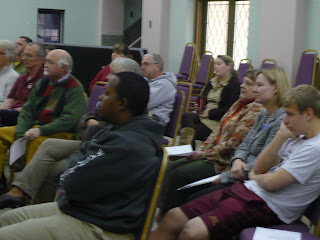 One of these lessons is that we all grow up in our cultures with the idea that our culture is normal. We do not even think about it, just as we do not think about the fact that we are breathing.

The problem is that we tend to see our culture as the norm. We get a reality check, often a rude awakening, upon encountering a different culture. That encounter can result in problems between us and other people. Drawing upon my book, I gave examples of problems that occur between Africans and Americans.

I stressed, as I always do, the importance of learning, to know ourselves and others. We have no alternative, with the world increasingly becoming a global village and people of different cultures criss-crossing the globe and settling everywhere. Every place will feel the impact of these trends: from American cities, towns, and communities to the remotest parts of the world. I mentioned Tanzania, my own country, and the influx of foreigners there, from places as far as China. 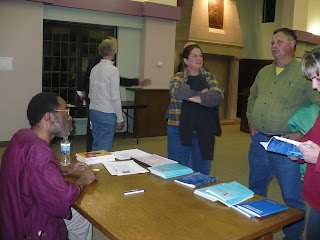 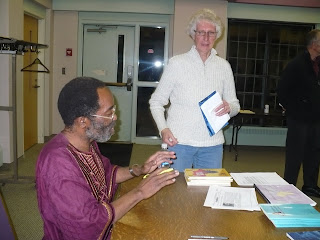 After my talk and a period of questions and answers, there followed a book-signing, a ritual much beloved by Americans.


This was a worthwhile event. I had an attentive, engaging, and delightful audience and we were all very pleased. Delane urged everyone to organize similar events in their respective communities or places of work.

There are more photos of the event here. Milo Larson, chair of the Faribault Diversity Coalition was there, and he wrote a note on Facebook:

Great Forum by Joseph Mbele last night at the Library, always learn something new about the different cultures whenever I hear him. Everybody should see him just once, would be a more harmonious place.
Posted by Mbele at 4:10 PM